We will start from zero in Dhaka: Bonner 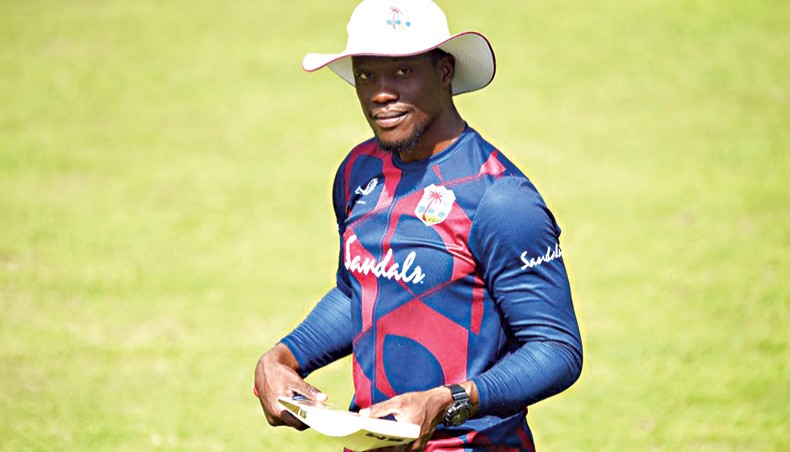 The West Indies team is proud of their success in the first Test but know that they will have ‘start from zero’ in the second and final Test of the series, Caribbean batsman Nkrumah Bonner said on Tuesday.

Bonner, who was one of the three debutants in the West Indies playing XI in the second Test, batted for almost five-and-half hours in the second innings for a dogged 86 off 245 balls to set up the base for the mammoth 395-run chase along with fellow debutant Kyle Mayers.

Bonner played second fiddle to Mayers record-setting double century in the second innings of the first Test where he dropped anchor at one end while Mayers took on the Bangladesh spinners at the corresponding end.

Bonner said that the team is still jubilant after the tremendous victory but believes the team will have to repeat all of their processes again in the second Test, which will start on Thursday.

‘We start from zero again. We have to go back to the process, we have to practice and prepare well. It is going to be a different wicket, ground and everything. It is important for us to assess again. Going over the processes and ensure we do well,’ Bonner said in a virtual media session on Tuesday.

The 32-year-old had wait for a long time to make his Test debut for West Indies and he was on his way to marking his arrival in the longest format of the game with a century but fell 14 runs short.

Bonner is slightly disappointed to miss out on the landmark but is happier with the end result.

‘Personal milestones are always good. But obviously we know we do everything for the team. It would have been good to make a 100 on debut but it wasn’t meant to be. I am happy that we won the game.

‘When you make runs it gives you confidence a lot. It was my debut. I gained a lot of experience and it prepares you for the rest of the series.’