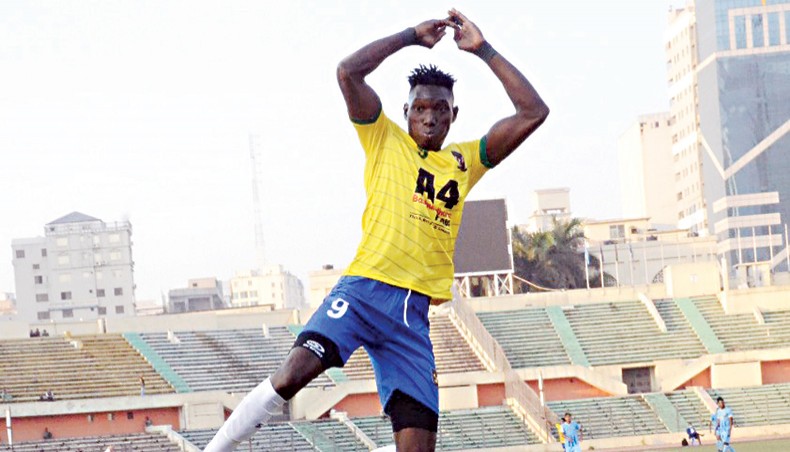 Record six-time champions Abahani Limited were to a 2-2 draw by Sheikh Jamal Dhanmondi Club in an intense match of the Bangladesh Premier League at the Bangabandhu National Stadium on Tuesday.

In the day’s other match at the same venue, Sheikh Russel Krira Chakra crashed Arambagh Krira Sangha 4-0 where Nigerian midfielder Ugochukwu Obi Moneke made his first and the league’s second hat-trick.

Belfort gave Abahani the lead in the 13 minute when he pushed the ball in the net from top of the six-yard box following midfielder Sohel Rana’s shot.

Sillah levelled the margin for Jamal with right-footed drive from the box following a through pass by Uzbekistani midfielder Vali Jonov Otabek in the 19th minute.

The match scenario became intense when both the sides were reduced to 10-man as referee GMC Nayan showed red cards to Abahani midfielder Jewel Rana and Jamal’s Gambian forward Solomon King Kanform in the 40th minute.

Rodrigues made it 2-1 for Abahani in the 46th minute with a diving header following a cross by defender Rayhan Hasan from the left side.

Jobe, who top scorer in the league with eight goals, restored the parity against for Jamal with a chip in the 72nd minute.

In the other match, Russel’s Moneke made the hat-trick scoring in the 36th, 39th and 46th minutes before Md Abdullah netted in the 73rd minute for their fifth win in the league.