PP appeals for further investigation as names of eight others dropped 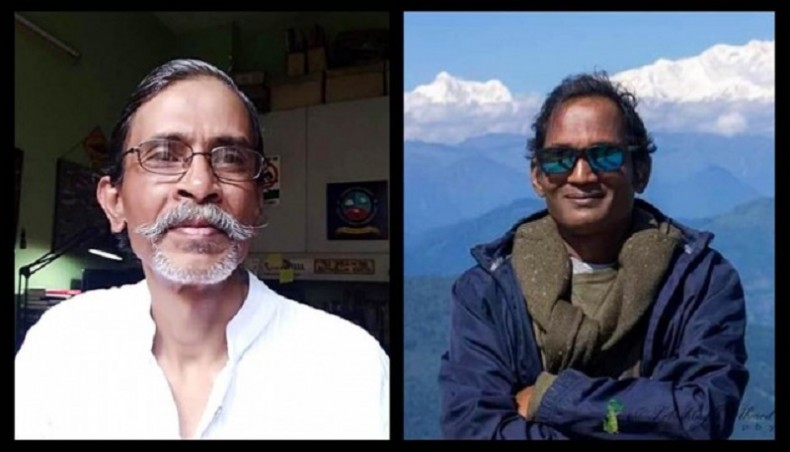 The police on Tuesday placed a charge sheet in a Dhaka court against cartoonist Ahmed Kabir Kishore, writer Mushtaq Ahmed and Rashtrachinta Dhaka coordinator Didarul Bhuiyan in a case filed under the Digital Security Act on charge of posting comments on social media criticising the government.

The names of eight other people have been dropped from the charge sheet in the case filed with the Ramna police station on May 5, 2020.

‘The Cyber Tribunal received the charge sheet on Tuesday. The investigation officer of the case had submitted the charge sheet to the relevant department of the tribunal on January 13,’ said the court’s public prosecutor Nazrul Islam Shamim.

The names that have been dropped from the charge sheet are Minhaj Mannan, a former Dhaka Stock Exchange director, Tasneem Khalil of Netra News, Shahed Alam, a journalist living in the US, Asif Mohiuddin, a Germany-based blogger, Zulkarnain Sayer Khan, Ashiq Imran, Swapan Wahid and Philip Schumacher.

Nazrul told New Age that he filed a petition to the Cyber Tribunal seeking further investigation into the case as the names of the eight people had been dropped.

He claimed that there were information and evidence that the eight people had exchanged information through Facebook, Whatsapp and Viber messenger apps.

In his case lodged on May 5, 2020, RAB-3 warrant officer Abu Bakar Siddique named the 11 people and five to six unidentified people on charge of tarnishing the image of the country’s founding president Sheikh Mojibur Rahman, hurting the spirit of the liberation war and spreading rumours about COVID-19 and army and other security forces on social media.

Mushtaq and Kishore were sent to jail and Minhaj and Didarul were shown arrested in the case a day after they had reportedly been picked in in May 2020.

Kishore and Mushtaq have been in jail for the past nine months and Minhaj and Didar are now free on bail.