Muna gets ‘Woman of the decade in public life, diplomacy award’ 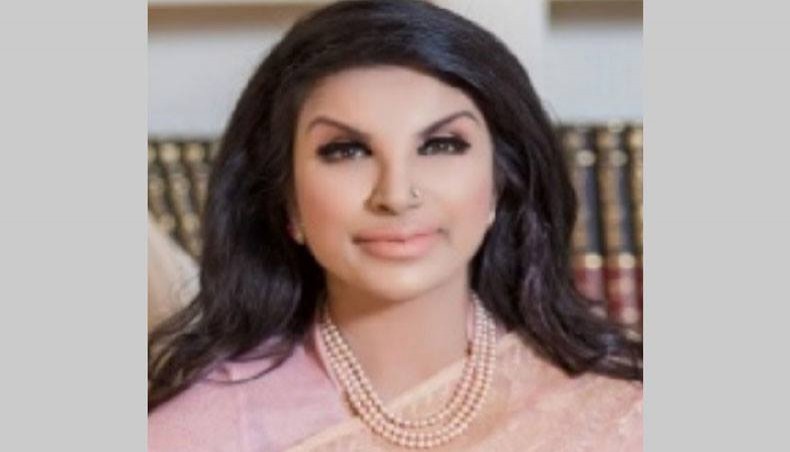 Bangladesh high commissioner to the United Kingdom and Ireland Saida Muna Tasneem has been honoured with the ‘Women of the decade in public life and diplomacy 2021’ award.

The award was virtually handed over to high commissioner Tasneem by education minister of Bangladesh Dipu Moni at the closing session of the two-day Summit.

On receiving the award, Tasneem dedicated it to Bangladesh’s grassroots women who struggle everyday as farmers, fisherwomen, garment and construction workers, domestic aide or migrant workers.

High commissioner Tasneem paid a deep tribute to Sheikh Mujibur Rahman, the founding president of Bangladesh, for championing women in politics in the 60s and 70s, his humanitarian support to rehabilitate sexually violated women and war-babies from the 1971 War of Liberation and for Article 28 of the constitution guaranteeing equal rights of women.

She expressed her deep gratitude to prime minister Sheikh Hasina for triggering a social revolution in the story of women empowerment in Bangladesh over the past one decade.

She said prime minister Sheikh Hasina, ranked a top global influencer by Forbes and Fortune 100, is leading by example as an agent of change and woman empowering woman making Bangladesh a topper in WEF’s global gender gap index.

Chaired by Mipu Moni the closing session of the summit was also participated by Cherie Blair, chancellor of Asian University of Women, Bangladesh.