10-year jail proposed for cruelty to children at daycare centre 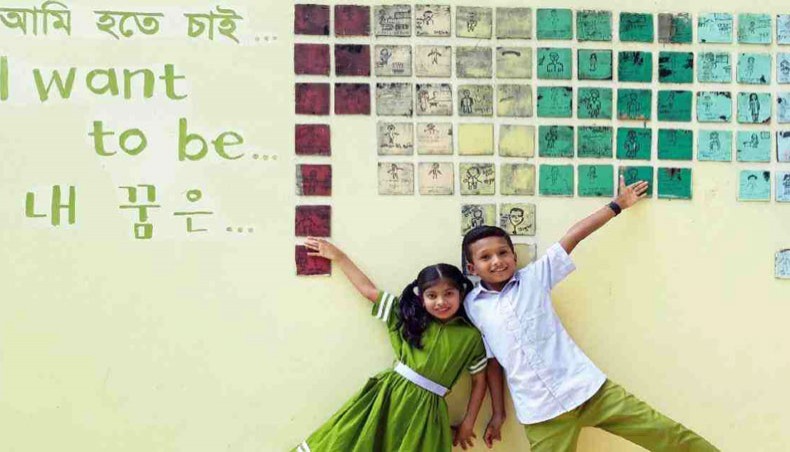 A UNB representational photograph of a daycare centre.

The cabinet on Monday approved a draft bill making registration mandatory for running daycare centres run by organisations or individuals and proposing 10-year jail and Tk 5 lakh fine for cruelty to children or negligence in ensuring their safety at daycare centres.

The weekly meeting of the cabinet also approved a ban on production of ‘harmful veterinary drug Ketoprofen’ to protect endangered vultures from extinction.

The women and children affairs ministry placed the Child Daycare Centre Bill 2021 in the weekly cabinet meeting at the Cabinet Division. The prime minister, Sheikh Hasina, chaired the meeting virtually from her official residence Ganabhaban.

The government initiated the enactment of the law against the backdrop of growing number of working women.

‘All child daycare centres must get registered within six months after the proposed law comes into effect. It will be a punishable offence to run such centre without registration,’ cabinet secretary Khandker Anwarul Islam said at a briefing after the meeting.

‘The bill proposes a provision for maximum 10-year jail along with a fine of Tk 5 lakh for any cruelty to any child or negligence causing any child going missing from a childcare centre. In case of other criminal offences, related laws would be applicable,’ the cabinet secretary added.

The punishment proposed in the bill would give a strong message that carelessness and cruelty towards children at the daycare centre will not be tolerated, he said.

Anwarul said that government, semi-government, non-government, statutory and autonomous organisations and individuals would be allowed to set up and run child daycare centres after getting registration from the authorities concerned.

As per the bill, the centre will have to hold at least one meeting with the children’s guardians in every three months, he said.

The cabinet also approved a proposal of the environment, forest and climate change ministry to ban production of harmful anti-inflammatory veterinary drug ‘Ketoprofen’ blamed for death of vultures in the country.  ‘There are about 260 vultures while the number was 50,000 during 1970s,’ the cabinet secretary said, referring to a study of the ministry.

Instead of Ketoprofen, the ministry proposed the use of ‘Meloxicam’ having less side-effect and also available on the market to protect vultures that play important role in maintaining ecological balance, he said.

Environmentalists have long been demanding steps to ban Ketoprofen and other harmful veterinary drugs and promote safer alternative, Meloxicam for conservation of vultures.

It becomes fatal for vulture when Ketoprofen, is administered to cattle, and if the cattle die within a certain period and later is consumed by them, according to experts.

Bangladesh earlier banned ‘diclofenac’, another harmful anti-inflammatory drug to protect vulture, the bird that scavenges on carrion to protect the environment from diseases.

Monday’s cabinet, however, directed the ministries to enact fresh laws if necessary by June next replacing the ordinances promulgated during the 1975 (August)–1978 and 1982–1986 (September) martial law regimes in accordance with a 2013 High Court judgement.

‘Now there are only 59 such ordinances, which are yet to be replaced as most of the hundreds of such martial law ordinances have already been replaced with laws,’ Anwarul said.

As per the proposed law, the digitally recorded documents will now be treated as bankers’ book evidences, he added.

The meeting also ratified an agreement signed between Bangladesh and Morocco for avoidance of double taxation and prevention of tax evasion.