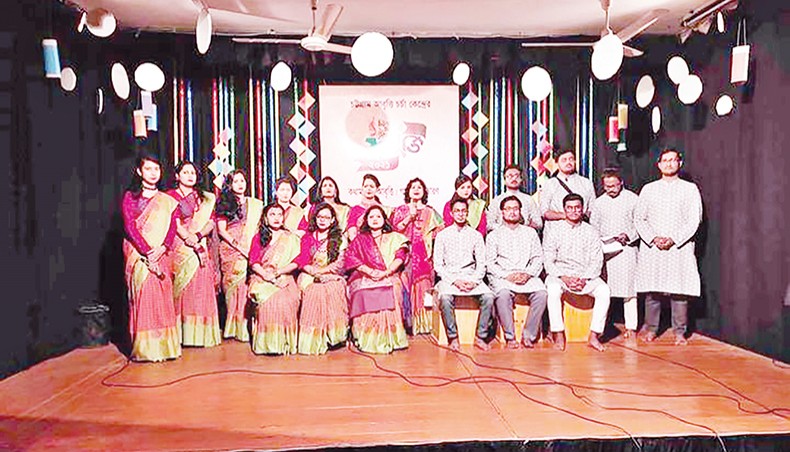 Members of Chattogram Abritti Charcha Kendra pose for a photo at its 12th founding anniversary celebration programme at the auditorium of district Shilpakala Academy, Chattogram on Friday. — Press release

‘We have organised this programme to celebrate our 12th founding anniversary. Our journey has not been entirely smooth sailing. We have had our ups and downs. We want to thank all who have supported us during our journey,’ Ahtasamul Haq told New Age.

‘The troupe has been gradually moving forward on its journey. It has been working to promote recitation in Chattogram. I have been involved with the troupe since its inception. The troupe is family to me,’ said Rashed Hasan.

Besides, Chattogram-based recitation troupes namely Bodhan, Proma and others offered their congratulations to Chattogram Abritti Charcha Kendra at the event.