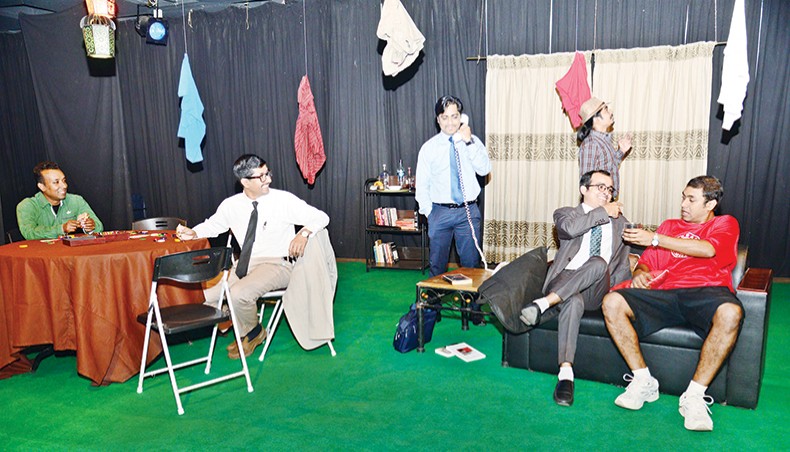 A scene from The Odd Couple. — Press release

The play, an adaptation of American playwright Neil Saimon’s work with the same title, has been translated and directed by Dominic Gomes.  The Odd Couple is the 11th production of the troupe.

Felix Ungar is disciplined, organised and a cleanliness freak. He pinches people if they make mistake. He gets kicked out of his home by his wife for his behaviour.

Oscar Madison is a sports journalist. He likes to lead a carefree life. He has his share of bad habits which include never helping his wife with homely affairs, leading a disorganised life and being addicted to gambling. His wife also leaves him for his life style.

A disciplined Ungar tries to prevent Oscar from leading a reckless life. This annoys Oscar and the two friends get into an argument and the story moves forward.