The poor and rich dilemma in The White Tiger 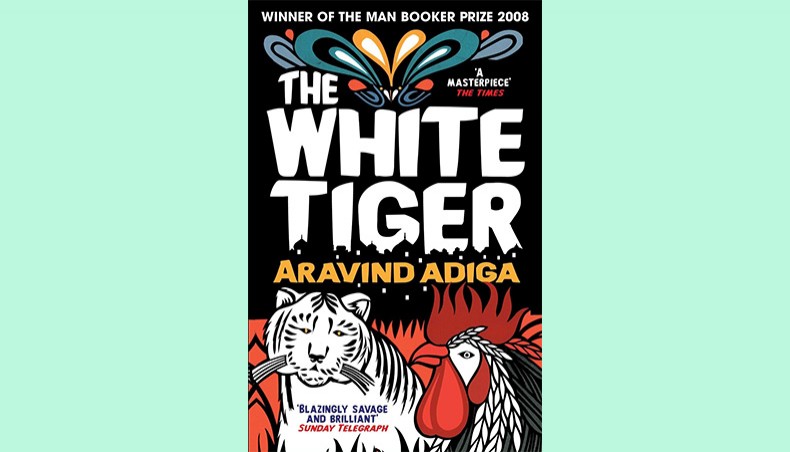 The White Tiger is the debut novel published in 2008 by Indian author Aravind Adiga. Seedra Kalim reviews the novel

ARAVIND Adiga criticises the mentality of poor people in his 2008 novel The White Tiger. They remain poor because of their nature. As they think, they are born servant and they will have to remain loyal to their masters all their life even though the master puts one such person in jail for the murder he has not done.

As Balram, the driver of Ashok and his wife Pinky became the victim of such a murder, which was done by Pinky when she and her husband both were drunk and Pinky was driving the car but suddenly hit a poor child on the street who died instantly but a case was filed against their driver Balram and the confession letter was forcefully signed by him by making him eat a paan (beetle leaf) whereas, he could not dare utter a word for his safety nor could he think to go to the judge and tell the truth. Because, at heart, he knew how the system works for the rich and against the poor every time.

Most parts of India remain so, like chickens that are kept inside the rooster coop, watch their brothers being killed and they also know they are the next and they remain quiet, never fighting back, never raising a voice against the master. They never think of breaking out from the cage.

At one point, in Aravind’s book where he mentions that Balram visits the zoo with his younger cousin and eventually comes in front of the cage of a white tiger, he watches it carefully as it tries to hypnotise itself by walking in the same line, again and again, from one bamboo bar to the other, at the same pace, only to be able to tolerate this cage.

And that was the turning point in the servant's life where he decides and declares in a letter to his grandmother, ‘I cannot live the rest of my life in a cage, granny. I am sorry.’ And therefore, he sets himself free from the shackles of everything that was pulling him from behind to remain poor throughout his life.

Though Balram knew that the cost of his freedom might take away the life of all of his family members including his only brother Kishan, brother’s wife and children, uncles and aunts and their kids as well including his old grandma but he has already decided what he wanted for his life and how he wanted to see himself in future.

As Balram slits his master Ashok’s throat at the end of the story, that night he remembers about his father’s neck and depression point in the middle where all the veins of the human body are joined together. Whenever he would press that point, his father would stop breathing and so he cuts Ashok’s throat exactly at that point.

This makes one thing clear and makes us realise that Balram felt the rage the ferociousness of a white tiger. His father, being a rickshaw puller and an honest man was mocked and exploited by the village landlords and died from tuberculosis without treatment in the proper time.

The way he kills his master and takes away the money, he was carrying on that particular day was not reasonable at all according to us but Adiga justifies it by saying that Balram was feeding all the millions of money to the politicians just to be saved from taxes and those taxes are the rights of ordinary people, it’s their money.

The writer sketches the corrupted system of India, the country which is developing and competing with China to become the world’s two most powerful countries but if we see the true picture of it through the eyes of Aravind, we will realise what half of India looks like.

Although finally the poor becomes the master, the slave could free himself from the rooster coop and by using the name of his master Ashok, Balram starts the same outsourcing business to become rich like his master and on the way of his success he keeps bribing the Indian police. He also mentions that police will remain the same forever but he is complaining as the rich complaint about the police not like how the poor complaint about the police.

Balram becomes a rich man by killing his master but do every poor people need to kill someone to become rich? I think there is a metaphorical meaning lies behind The White Tiger that is if one can kill the master of his inside ‘the misguidance of our brain’, and can break himself away from the ‘shackles’ of the media, propaganda, society people, politicians and the corrupted system then we can become one of a kind of animal that is only born once in a generation — the white tiger, then we can be our own master and not let the system and society tell us what we can be and what we can think and who we can become it does not matter whether we are poor or rich.

Seedra Kalim is an English language teacher in Sunnydale School.