Welcome to the twenties: the decade of GIFs, memes and TikTok 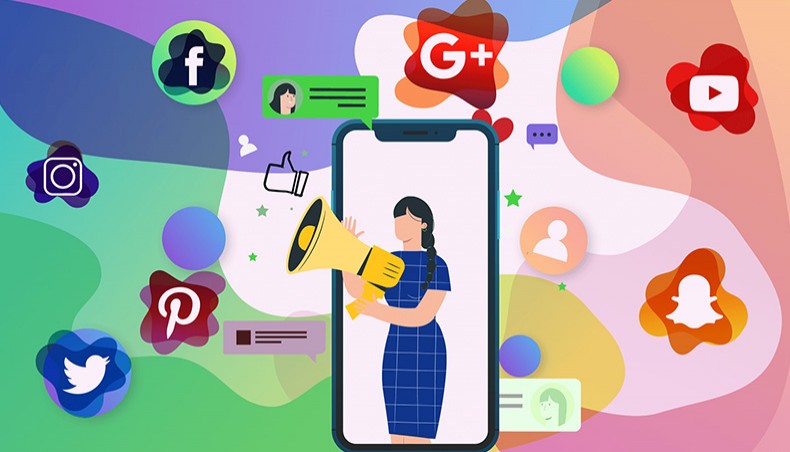 Since the last decade, technologies are changing rapidly shaping the new generation. Sakib Rahman Siddique Shuvo writes about technological inventions and their role in constructing the society

This is 2021 and the twenty-first century just entered its twenties, grown-up, and could be differentiated from other centuries. The last decade was full of events, drastic changes, and cultural diffusion. Nobody knows at the dawn of 2011 that in ten years everyone will be stuck at home, forcefully keep distances, and will make everything online because of a deadly virus. Big screen and small screen all will gather under a website, production houses will become online and release their movies on different online platforms.

At that time, in Bangladesh, social media are started to get popular, internet speed is becoming faster and smartphones are started to compete with personal computers (now my phone has an octa-core processor and six gigabytes of ram, and my laptop runs on a quad-core Intel processor and four gigabytes of ram). So this decade was a time where everything getting an oscillation — who is getting more priority and who lagged behind. The struggles are now on fighting with the decision: Facebook post or newspaper, YouTube video or books, PUBG or cricket game, FPL or EPL, YouTube videos or entertainment TV channels.

However, theorists put a term for that — Metamodernism. Though coined in 1974, it is still a new concept and debatable if it really exists or not. As profound writer David Foster Wallace explains it as going back to the modernist thoughts, though some philosophers argue that metamodernism is something between the modern and post-modern ideas, way of thinking which are ‘oscillate’ so quickly that it seems something in the middle and shaking. This is inevitably a very complex and totally different topic to talk on — theories are often boring and hard, and jargons are unavoidable — will take pages and pages to describe. Perhaps we can put some argument and shape our new decade by looking back.

Going back to 2011, in Bangladesh, online activism was mainly based on blogs and to a very small extent — on Facebook which were mostly political. Cultural activism on the online platform started in the first quarter of the decade. After the killing of some of the profound bloggers, and the tremendous mass popularity of Facebook and especially the internet.org initiative which provided free Facebook in the third world grab the attention of the youths towards Facebook. In the beginning, the vibe of blogs remained on Facebook, along with political write-ups, Facebook-based authors started to get attention. Some writers became so popular that they are deemed to be ‘influencers’ among the Facebook users. Notable Facebook pages, especially pages of online radios started to promote these groups of writers and posting their stories which also helped to promote their pages. However, some of them became mainstream writers and published books on book fair, got popularities, and now considered best-selling authors.

In the meantime, after the first half of the decade, YouTube as another social media are getting more popular than before, people, mostly privileged youths of Dhaka, started posting mostly funny videos about their life and started to gain popularity not only on their own society but beyond. And then the representatives from various classes and tastes started to take over YouTube. However the dawn of writing has already receded from the limelight in the meantime, perhaps it is wise to say, suppressed by the audio-visual contents, which then started to get popularities on Facebook also. So that pages started to promote the audio-visuals. Instagram and Snapchat also entered into the space, as usual by the hand of the privileged class and to some extent because of the business strategy of Facebook as a company. During the last two years, memes are getting more attention in social media, as a form of social commentary. The kids of the millennia introduce TikTok — a new platform at the end of the decade.

These changes sometimes seem gradual, sometimes drastic. The change from blogs to vlogs is not an expected change of the year 2011 at least not by TikTok which is hated and to some extent almost considered as a subculture or perverted taste. In the last year of this decade, we faced an unexpected problem — coronavirus. The world got back to the time setup of Gabriel Garcia Marquez’s Love in the Time of Cholera but with greater connectivity. Everyone is socially disconnected, and interestingly, also connected which is again socially. The form of connectedness changed physically to virtually, every tea stall gossips are replaced by messengers, offices replaced by Zoom, Google Meet or Microsoft Teams are taking place on the comment section and the community shrunk into Facebook groups and the admins and moderators are taking place of authority. Is this real? Or fake? The fighting is taking place, not in a simulated way, but between two humans and there is despair, hope, and every feeling is here except any physical pain. Perhaps it could be something between the fake and real and moving too fast in between them so that it seems to be in the middle.

I was scrolling in TikTok, watching random videos, there were some videos created by renowned media persons, some are by ‘influencers’, and some by a random guy from the street. All of them are using the same music, the same filter, and the same lighting — the only difference that remains is the presentation. A question arose in my mind. If everything remains the same, then should I consider the street guy as an artist or not? If s/he becomes the artist (which is not underground or uprising because s/he getting same amount of views) then how do we define the boundary of the class ‘media person’? The same situation is going on in the literary scene. Influencers are getting more sales on the book fair than the litterateur. This connects the earlier paragraph — how the literary scene (or better call writing scene) changed gradually during the decade. How the attention from bloggers receded to the Facebook writers and the ‘readers column’ of newspaper replaced by the Facebook status, likes, and shares — which created the urgency of these influencers.

Back to YouTube — the people’s attention than receded from multimedia channels towards the YouTube channels and the new OTPs created a change in the media scene also. People mostly prefer to watch telefilms or series over there rather than television and already in the global north the ‘cable TV’ already started to saw its epilogue of business.

This decade is the decade of the children of the twenty-first century. They do not know the boundary and limits drawn by profession-based classes, they do not care about who is getting attention by doing what, and are heavily influenced by the social media ‘influencers’. They perform in TikTok, learns from YouTube, share feelings on Facebook, and hang out on messenger. However, all of them are virtual but at the same time real — the audience and the performer.

The virtual space is the stage for metamodernism (or whatever jargon you wish to put here) to flourish to a great extent and it could be said that this cultural movement is not only in the beginning but also started to grow at a rapid speed.