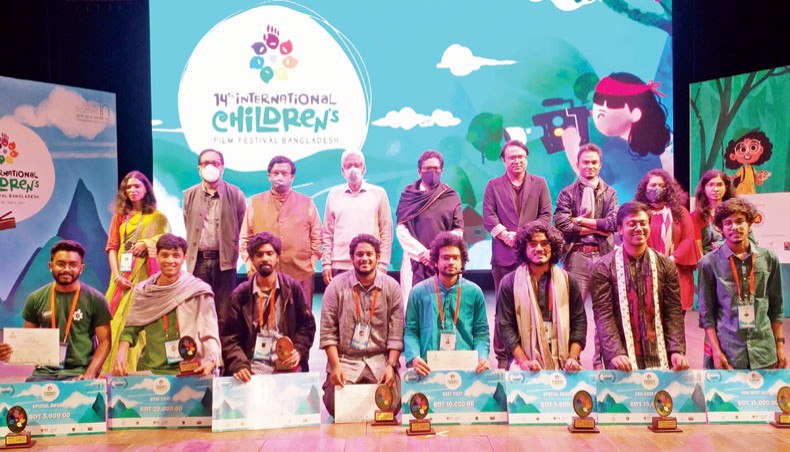 Children’s Film Society Bangladesh has been organising the festival to promote children’s films and encourage children in filmmaking since 2008.

Five films were awarded in Under 18 Bangladesh category namely Tenor, Trikonomiti, Thonga, Puppetry and An Interview of A Marionette.

‘I feel glad and honoured to be here. I thank Children’s Film Society Bangladesh for organising this film festival in the time of COVID-19 crisis. I have been deeply impressed after witnessing the organising capacity of these children. I hope they will make films with honesty and dedication in future. They will one day make films which will win Oscars,’ said Zunaid Ahmed Palak.

‘I am grateful to Children’s Film Society Bangladesh for organising this festival. I will not forget about this festival till the last day of my life as it was held during the COVID-19 crisis. Our children have displayed their talent, potential and organising capacity by successfully pulling off this event,’ said Liaquat Ali Lucky.

An animated film titled Mujib Amar Pita was screened at the venue.

The slogan of the event was ‘Future in Frames’. The event also featured four workshops and interactive sessions.