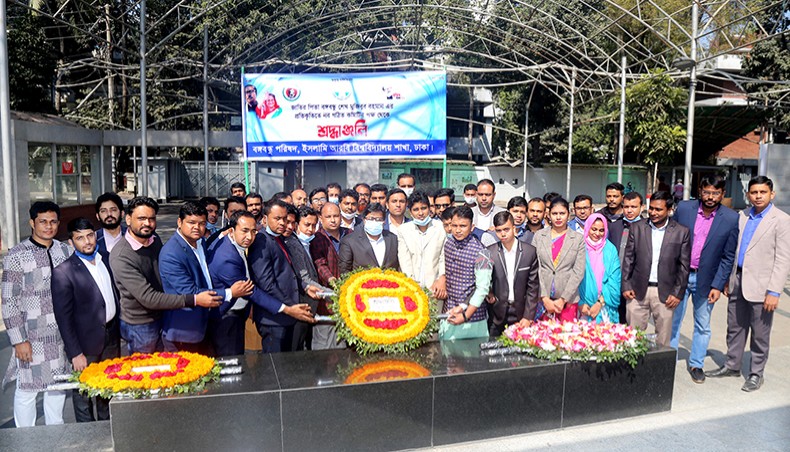 Islamic Arabic University unit of Bangabandhu Parishad paid tribute to the country’s founding president Sheikh Mujibur Rahman by placing a wreath at his portrait on Road 32 at Dhanmandi in the capital on Sunday.

The parishad’s president M Shamim Hossain Khan, its general secretary M Jahirul Islam Khan and its members were present on the occasion, said a press release.

The newly-formed university unit of the parishad received the approval from the parishad’s central committee on January 28.