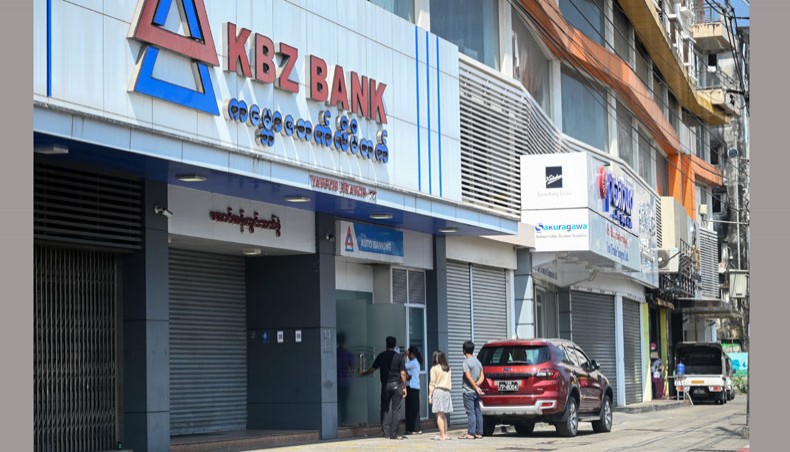 People line up at an ATM outside a closed branch of KBZ Bank in Yangon on February 1, 2021, as banks closed for the day in Myanmar following the military move to detain the country’s de facto leader Aung San Suu Kyi and the president in a coup. — AFP Photo

All Myanmar banks nationwide were closed on Monday following a military coup, declaration of a state of emergency and the detention of de facto civilian leader Aung San Suu Kyi.

‘All member banks of Myanmar Banks Association are to close their bank unanimously starting from February 1,’ according to an announcement by the association, which said it was due to a poor internet connection.