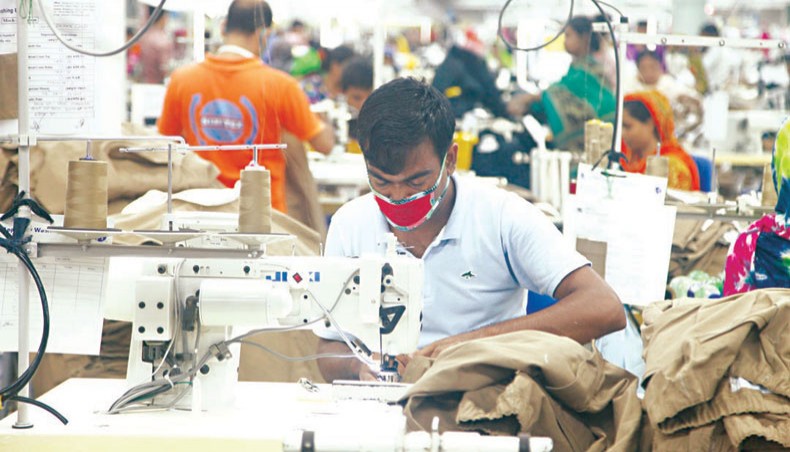 A file photo shows a worker sewing clothes at a garment factory on the outskirts of Dhaka. The Anti-Corruption Commission has sought a number of documents from the National Board of Revenue on readymade garment factories allegedly engaged in money laundering and misuse of the duty-free import facility.  — New Age photo

The Anti-Corruption Commission has sought a number of documents from the National Board of Revenue on readymade garment factories which are allegedly engaged in money laundering and misuse of the duty-free import facility.

In a letter sent to the NBR on January 19, the commission said that the documents were required for investigation into allegations of money laundering carried out in the guise of import and export.

The ACC has started investigation against some readymade garment owners on allegations of money laundering through irregularities and corruption in import and export activities, the letter said.

According to the allegations, they laundered $753.37 crore or Tk 64,000 crore each year through the process, it added.

Washington-based Global Financial Integrity in its report ‘Trade-Related Illicit Financial Flows from 135 Developing Countries: 2008-2017’ published on March 3, 2020 said that Bangladesh suffered ‘value gap’ to the tune of $7.53 billion on average annually from 2008 to 2017 in its exports and imports due to misinvoicing, a major way of capital flight and duty evasion.

The GFI said that trade misinvoicing occurred when importers and exporters deliberately falsified prices in their  import and export invoices for illicitly transferring value across international borders to evade  duties and taxes, launder the proceeds of criminal activity, circumvent currency controls and hide profits offshore.

The ACC said that it had formed a three-member committee to investigate into the allegations along with another allegation against AKM Knitwear of Al Muslim Group of laundering Tk 175 crore.

The documents the anti-corruption watchdog sought include audit reports conducted by the Customs Valuation and Internal Audit Commissionerate for the fiscal year 2016-2017 on 29 bonded warehouse licence-holding RMG factories which were termed risky.

The ACC also sought lists and addresses of 63 apparel factories involved in sales of duty-free goods, imported under the dutyfree facility, to the smuggled market, the investigation reports carried out by the NBR against the factories and other related documents.

The NBR was also requested to provide records and documents, including bills of export, assessment notices and pass books, exporters had submitted to the  Chattogram Customs House for export purpose.

Officials of the revenue board said that field level offices of the NBR in 2019 detected that 66 RMG factories were selling dutyfree goods, mainly fabrics, imported under the bonded warehouse licence to the open market.

The NBR’s customs bond commissionerates have also suspended import-export activities of the factories while the NBR has requested the Bangladesh Garment Manufacturers and Exporters Association to cancel membership of the factories.

CVIAC in an internal audit found that another 29 factories were involved in the misuse of the bonded warehouse facilities. Some of the factories were found to be non-existent.

The commissionerate also found that AKM Knitwear Ltd did not repatriate export proceeds worth Tk 175 crore in FY2017.