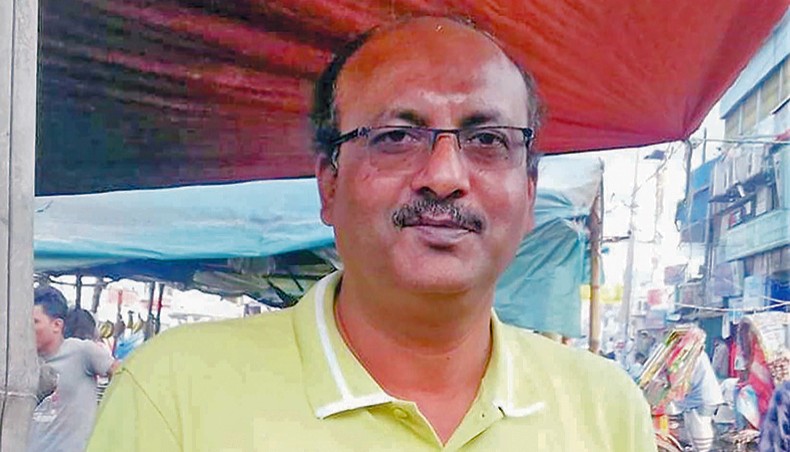 The book will be published under the banner of Pendulam. Razib Dutta has designed the cover of the book.

‘Behular Dwitiya Basar contains 11 short stories in which I reinvent the patriarchal egoism. In one of the stories named Sutanag, I have portrayed how corporate capitalism turns even the most economically marginalised people into consumers. The things that they have been living without for so long suddenly seem essential for them. Soap, shampoo, paste, creams — these mini-packs are used as ‘sutanags’ in their hands. There is also a short story based on rape and murder of Tonu with impunity,’ Zakir Talukder Told New Age.

Readers will be able to buy copies of Behular Dwitiya Basar at book shops namely Pendulam, Prokriti, Batighar, Nirbachita and others. Besides, it will also be available on different online platforms including rokomari.com.

‘I am against any gathering of people in this time of COVID-19. The authorities concerned pay little attention to people and their plights. That is why we had to endure all this. But, I never supported such apathy. So I personally don’t want the book fair to be held during the second wave of COVID-19, which has already claimed the lives of a number of renowned litterateurs of the country,’ mentioned Zakir Talukder.