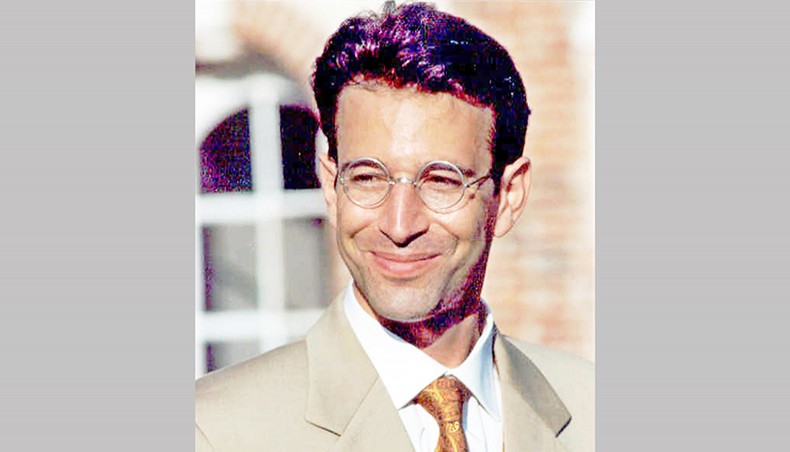 Lawyers have filed a last-ditch attempt to overturn the acquittal of a British-born militant convicted of masterminding the murder of US journalist Daniel Pearl in Pakistan, a government prosecutor said Friday.

Pakistan’s top court on Thursday dismissed an appeal against a lower court’s decision to clear Ahmed Omar Saeed Sheikh and three others over the killing, after nearly two decades in jail.

The decision has outraged the United States and extends a legal tug of war between the Sindh provincial government — who kept the group behind bars using emergency powers — and the courts.

Fiaz Shah, prosecutor general for Sindh government, told AFP that it had lodged a review of the verdict at the Supreme Court in the capital Islamabad.

‘The petition was filed to seek a review and request the court to recall the order of acquittal,’ Shah said.

An official at Central Prison Karachi where Sheikh is being held said they had not received a formal court order for his release.

‘As soon as the order is formally received, it will be followed,’ said the official requesting anonymity.

The White House said it was ‘outraged’ by the Supreme Court’s ruling and has suggested allowing American officials to prosecute him.

Pearl was the South Asia bureau chief for The Wall Street Journal when he was abducted in Karachi in January 2002 while researching a story about Islamist militants.

Nearly a month later, after a string of ransom demands were made, a graphic video showing his decapitation was given to officials.

Sheikh, a British-born jihadist who once studied at the London School of Economics and had been involved in previous kidnappings of foreigners, was arrested days after Pearl’s abduction.

He was later sentenced to death by hanging after telling a Karachi court that Pearl had already been killed days before the gruesome video of the journalist’s beheading had been released.

The top court’s ruling on Thursday follows an outcry last year when a lower court acquitted 47-year-old Sheikh of murder and reduced his conviction to a lesser charge of kidnapping — overturning his death sentence and ordering him to be freed after almost two decades in prison.

That sparked a series of petitions, including from Pearl’s family, but the Supreme Court rejected them in a split decision, upholding the acquittal.