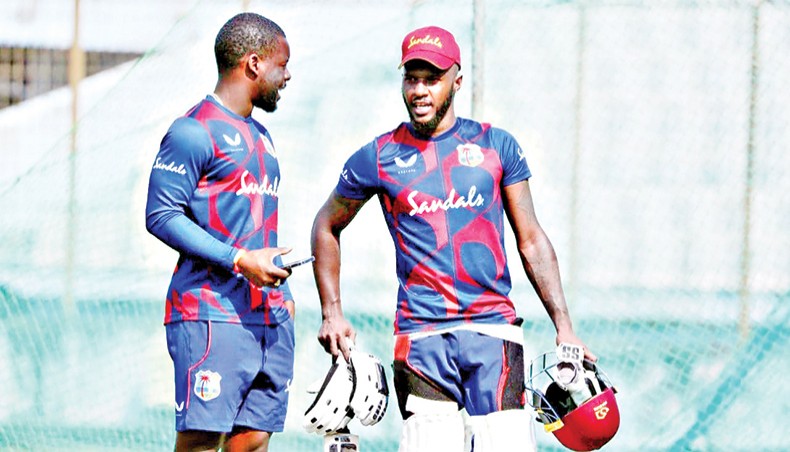 West Indies Test team vice-captain Jermaine Blackwood is mentally preparing to bat on the spin-friendly pitches in Bangladesh and is confident that their batsmen will handle the Bangladesh spinners well in the forthcoming Test series.

Blackwood was West Indies’ best batsman in their two-Test series against New Zealand in December 2020, with 216 runs from four innings which included a fifty and the only century from a Caribbean batsman in the series.

The 30-year-old Jamaican hopes to carry his form into the Bangladesh Tests.

‘These types of surfaces are very slow. So I have to [be prepared] mentally, because technically I can’t do too much work right now. But mentally I know it is going to be very slow and it will spin, Once mentally I am ready, I am good,’ said Blackwood in a virtual press-conference from the team hotel at Chattogram.

Blackwood also believes that the Test

The one-day series was grossly one-sided as many of the regular starters were missing but Blackwood thinks that the Caribbean side can fight back in red-ball cricket.

‘I think this unit is a good one. I can see the hunger. We have been training very hard for the past couple of weeks. I can see that we are trying new things, and they are working pretty well. I have full confidence in this batting unit to get the job done.

‘John Campbell, Kraigg Brathwaite, young [Shayne] Moseley, myself and Josh [Joshua Da Silva] is, I think, a decent line-up. Once we can stick to our game plan, I don’t see any reason why we can’t post some good totals,’ Blackwood said.

The West Indies vice-captain also drew parallels with his and India’s wicketkeeper-batsman Rishabh Pant’s batting style, saying both of them like to dominate the opposition bowlers.

‘I was following the series between India and Australia. During the fourth innings with an hour left, I was saying to myself that once Rishabh Pant is there, you’re going to win. I think we have the same batting style. He looks to score and is a player who puts bowlers under pressure. That’s the same way I bat.’