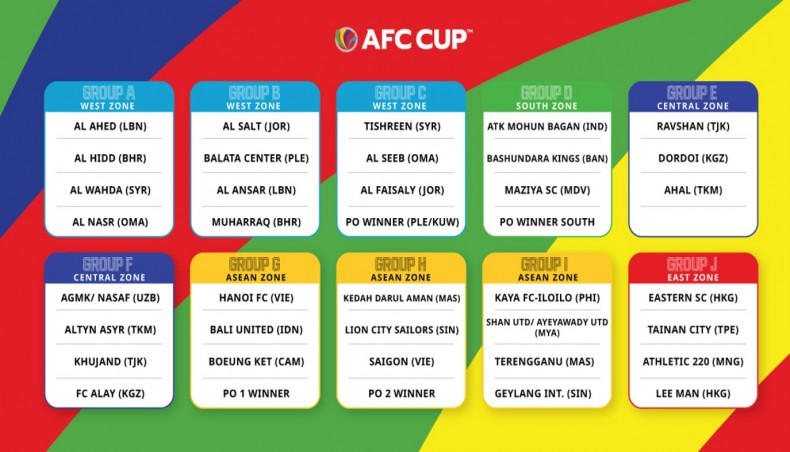 Maziya Sports and Recreation of Maldives will also play in the same group and the fourth and final member of the South Zone group will be decided through a play-off battle between six teams in April.

The winner of the first match will face record six-time BPL champions Abahani Limited and the victor of the second match will take on ISL side Bengaluru FC in the second round of the preliminary qualifiers.

The winners of those matches will play the play-off where the winner will join the other three clubs in Group D.

The 2021 AFC Cup is scheduled to begin with the preliminary round on April 6 and the group stage will start on May 14.

Kings are going to compete in the continental club cup competition for the second straight year.

In their first appearance in 2020, Kings started their Group E campaign with a 5-1 win against TC Sports of Maldives on March 11 before the competition was postponed due to the COVID-19 pandemic and eventually cancelled by AFC.

The 2021 AFC Cup group stage will see 39 clubs competing, three more than the previous edition, with a newly-introduced group for the central zone.

This edition will also award the winning team a place in the preliminary stage of the 2022 AFC Champions League.