‘We will fight for our Germany,’ Holocaust survivor to far right 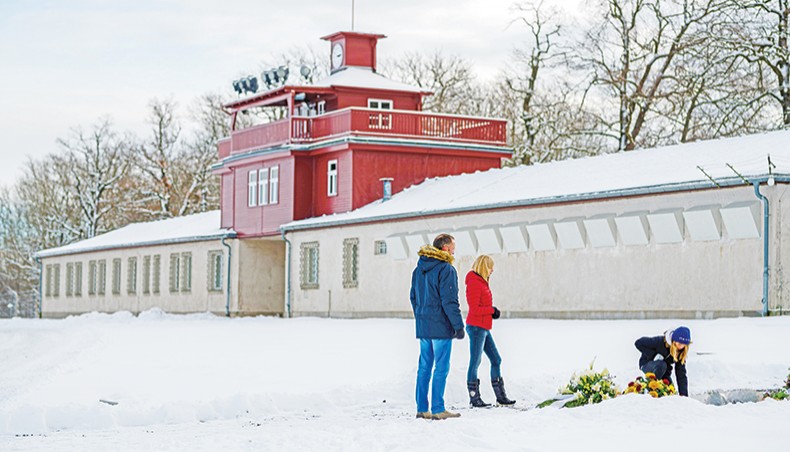 Holocaust survivor Charlotte Knobloch on Wednesday called for a stronger defence of the country’s ‘fragile’ democracy and issued a searing rebuke to the far right: ‘We will fight for our Germany’.

‘We must not forget for a single day how fragile the precious achievements of the last 76 years are’ since the liberation of the Auschwitz death camp on January 27, 1945.

‘Anti-Semitic thought and words draw votes again, are socially acceptable again — from schools to corona protests and of course the internet, that catalyst for hatred and incitement of all kinds.’

Knobloch, a former leader of Germany’s 2,00,000-strong Jewish community who survived the Holocaust in hiding as a child in Bavaria, warned that the ‘enemies of democracy are stronger than many think’.

‘I call on you: take care of our country,’ she said, calling right-wing extremism ‘the greatest danger for all’ in Germany.

Addressing deputies of the hard-right Alternative for Germany, the largest opposition group in parliament with nearly 100 seats, Knobloch accused many of its followers of ‘picking up the tradition’ of the Nazis.

‘I tell you: you lost your fight 76 years ago,’ Knobloch said. ‘You will continue to fight for your Germany and we will keep fighting for our Germany.’

Knobloch fought back tears as she recounted the terror of the Nazis’ rise and her grandmother, Albertine Neuland, sacrificing her life to save her own by taking her place on a deportation train to the Theresienstadt concentration camp.

Neuland was murdered there in 1944.

‘I stand before you as a proud German, against all odds and although much still makes it unlikely. Sadness, pain, desperation and loneliness accompany me,’ she said.

But she said Germany’s enduring commitment to the culture of remembrance made her hopeful.

‘I am proud of the young people in our country. They are free of guilt for the past but they assume responsibility for today and tomorrow: interested, passionate and courageous.’

Germany has officially marked Holocaust Remembrance Day every January 27 since 1996 with a solemn ceremony at the Bundestag featuring a speech by a survivor and commemorations across the country.

Of the six million Jews killed in the Holocaust, more than one million were murdered at Auschwitz-Birkenau, most in its notorious gas chambers, along with tens of thousands of others including homosexuals, Roma and Soviet prisoners of war.

This year’s anniversary is marked by growing concerns about extremist violence and incitement in Germany.

Chancellor Angela Merkel has spoken of her ‘shame’ over rising anti-Semitism, as the Jewish community has warned that coronavirus conspiracy theories are being used to stir hatred.

Anti-Jewish crimes have risen steadily, with 2,032 offences recorded in 2019, up 13 percent on the previous year, according to the latest official figures.