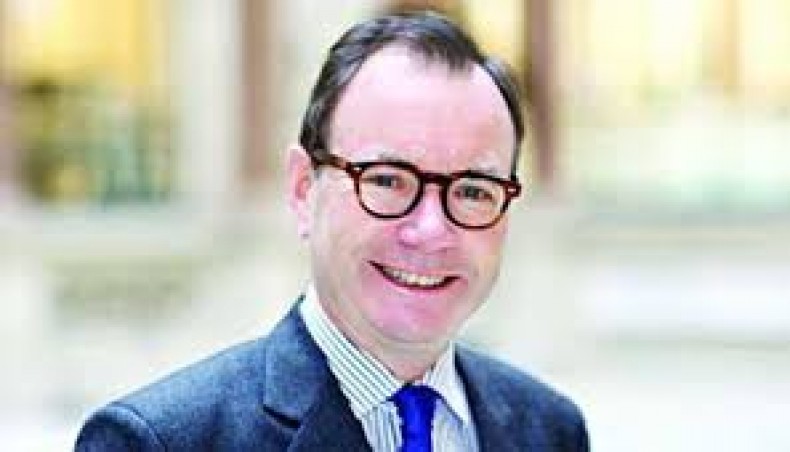 British high commissioner to Bangladesh Robert Chatterton Dickson on Wednesday said that this year was a big year for Bangladesh, and also for the United Kingdom as a partner, saying that they would hold a series of events to celebrate the ‘remarkable success’ of Bangladesh.

‘Bangladesh’s 50 years of independence, it’s a remarkable success. It’s a big year for Bangladesh,’ he said during a meeting with the leaders of Diplomatic Correspondents Association, Bangladesh at his residence.

DCAB president Pantho Rahman and its general secretary AKM Moinuddin were present at the meeting, among others.

Trade dialogue between the two countries, pushing further to resolve the Rohingya crisis, cooperation in the education sector and events focusing on the upcoming UN Climate Summit are some of the areas the British High Commission will focus on in 2021.

Dickson said that the climate issue was ‘incredibly important’ for Bangladesh, the UK and the whole world. ‘It’s important for everyone.’

The UK will host the 26th UN Climate Change Conference of the Parties in Glasgow in November1-12, 2021, which will be a physical event.

The COP26 Summit will bring parties together to accelerate action towards the goals of the Paris Agreement and the UN Framework Convention on Climate Change.

The UK says it was committed to work with all countries and join forces with civil society, companies and people on the frontline of climate change to inspire climate action ahead of COP26.

CVF is an international partnership of countries highly vulnerable to a warming planet.

Founded in 2009, the Forum serves as a South-South cooperation platform for participating governments to act together to deal with global climate change.

Bangladesh has assumed CVF presidency for 2020-22 for the second time after its successful tenure as CVF president in 2011-13.

Prime minister Sheikh Hasina launched Bangladesh regional office of Global Centre on Adaptation for South Asia in Dhaka, which will also be served as CVF Secretariat, according to the existing MoU signed between GCA and CVF Secretariat.

On misinformation about vaccines, the high commissioner said the misinformation is the real challenge and it poses risks and reminded the role that the media can play in disseminating proper information. ‘We all have a collective responsibility.’

He said the vaccination programme in the US was a huge success and the programme was going on.

On trade issues, the high commissioner said he encourages the British companies to come and invest in Bangladesh. ‘We see Bangladesh as a very important trading partner.’

The UK is the second largest investor in Bangladesh, and some of the biggest international investors including HSBC, Standard Chartered Bank and Unilever are based in the UK.

The UK companies are very interested in the opportunities presented by Bangladesh’s track record of very strong growth.

On the Rohingya issue, Dickson said they were really pushing on the issue as it was an important issue.

The UK government has been working with the government of Bangladesh and international partners to enable the Rohingyas to return home to Rakhine in a safe, dignified and voluntary manner and to support them until that is possible.

Later, the British high commissioner greeted the DCAB Executive Committee with a bouquet.