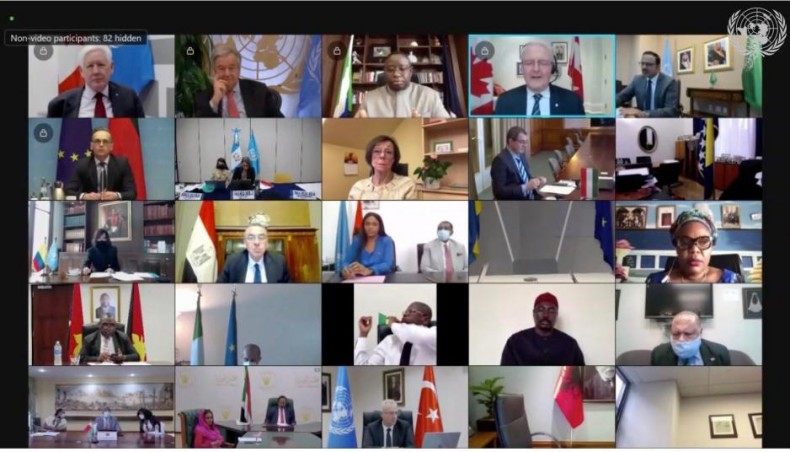 Permanent representative of Bangladesh to the UN Rabab Fatima reiterated Bangladesh’s deep commitment to the peacebuilding and sustaining peace efforts of the UN.

She was speaking at the high-level Replenishment Conference held virtually on Tuesday convened by UN Secretary General Antonio Guterres along with governments of Canada, Germany, Sierra Leone and Sudan, to generate financial contributions to the UN’s Peacebuilding Fund.

Bangladesh announced a pledge to the Fund, said the Bangladesh Mission at the UN on Wednesday.

This contribution is made in addition to Bangladesh’s invaluable support to the peacekeeping operations and the peacebuilding architecture of the UN.

She reiterated the concern of the UN Secretary General at the perennial funding gap in peacebuilding and called for urgent attention of the international community to the issue of peacebuilding financing.

Ambassador Fatima also referred to the recently adopted twin resolutions on peacebuilding and sustaining peace which decided to convene a high-level meeting during the 76th General Assembly, and added that Bangladesh would support all international efforts to mobilize critical resources for the PBF.

Bangladesh ambassador underscored that despite negative impacts of the COVID-19 pandemic on the economy of many countries, including Bangladesh, it is important to continue supporting peacebuilding efforts in the conflict affected countries, in accordance with their national priorities.

The ambassador underlined the importance of capacity building of national institutions in the conflict affected countries to help them sustain the positive outcomes of the peacebuilding.

Stressing the critical importance of the peacebuilding fund in creating an inclusive society, she said, ‘Dividends must be enjoyed equally by all segments of the society, irrespective of their race, religion, ethnicity and gender.’

The conference was inaugurated by the UN Secretary-General, president of Sierra Leone, prime minister of Sudan and foreign ministers of Canada and Germany. Over 50 foreign ministers from all regions participated in the meeting.

The Bangladesh permanent representative to the UN represented the government of Bangladesh in the conference.