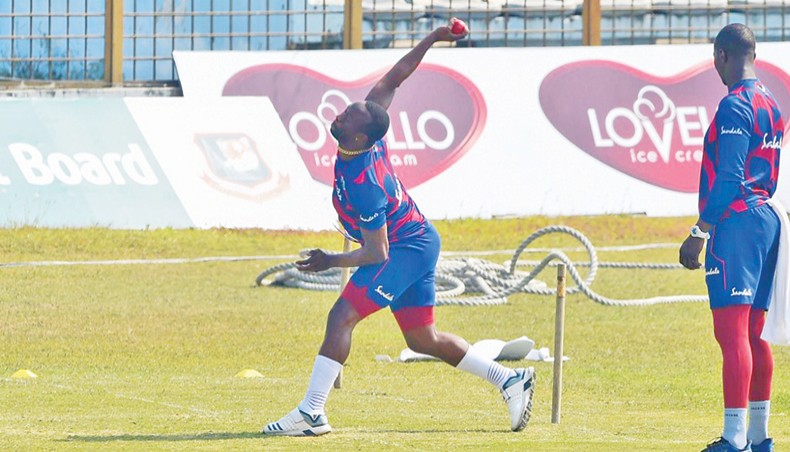 West Indies pacer Kemar Roach believes that the visitors will come in with a refreshed mind-set and play with positive intent in the forthcoming two-Test series against Bangladesh, starting on February 3 in Chattogram.

The Caribbean side paid the price of playing an inexperienced side in the three-match one-day international series, which concluded on Monday, as they lost all three matches in convincing manner against the Tigers.

But Roach thinks that the visitors will give a better fight in the Test matches and could even win against the hosts.

‘I expect the guys to give a better showing. Put up a better fight and win some games for the West Indies,’ Roach said in a virtual media interaction on Tuesday.

‘The team is pretty inexperienced, but I think there’s enough to get us over the line. It is all about us believing in ourselves, backing our ability and getting the job done. I am looking forward to a good Test series, and I am sure we can pull one out of the hat.’

In the absence of a number of experienced players, Roach has extra responsibility on his shoulders to shepherd the young team in the series.

Roach has an excellent record against Bangladesh in Tests as 33 of his 204 Test wickets have come against the Tigers and he has taken more wickets than that only against New Zealand (36) and England (50).

But only four out of the 33 wickets have come on Bangladeshi soil in three Tests.

Roach wants to improve his stats in Bangladesh and has come up with certain plans to make it happen.

‘It is hard work for fast bowlers out here. The pitches aren’t conducive to speed or any seam movement. It is all about being consistent and putting the ball in the right areas. It is a pretty straight length, challenging the batsmen on the front foot.

‘There’s a lot of planning going into it and a lot of execution that needs to be done. It is all about being consistent and putting up a good fight. My work is cut out, I am very sure about that, so I am looking forward to it.’