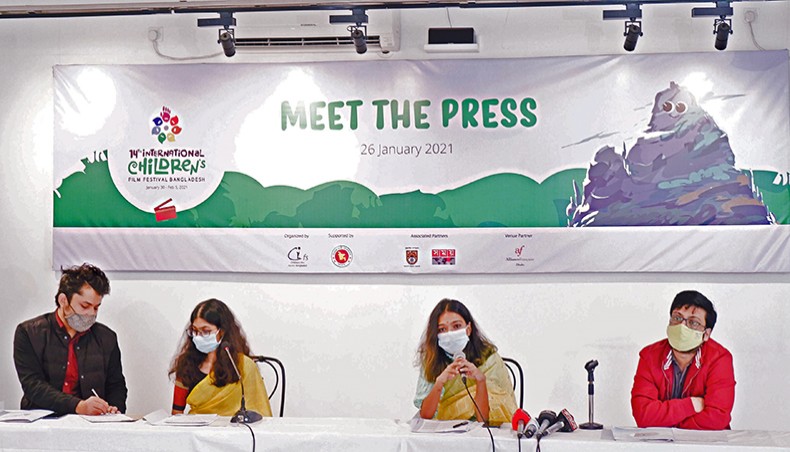 The event will feature 179 films from 37 countries namely Bangladesh, India, France, Japan, Italy, Iran, Australia, China and others. A total of 1,116 films from 81 countries were submitted to the festival.

The announcement was made at a press conference held at Alliance Francaise de Dhaka in Dhanmondi on Tuesday.

‘We will host the festival following health guidelines. Visitors will have to wear masks at venues. Besides, we will cut seating capacity by half at venues,’ Fariha Jannat Mim told New Age.

Besides, the event will feature four workshops and interactive sessions.

Information minister Hasan Mahmud is scheduled to attend the inaugural ceremony of the festival as chief guest while state minister for cultural affairs KM Khalid will be present as special guest.

Children’s Film Society Bangladesh has been organising the festival since 2008. It is one of the biggest film festivals in Bangladesh and the only international film festival dedicated to children.