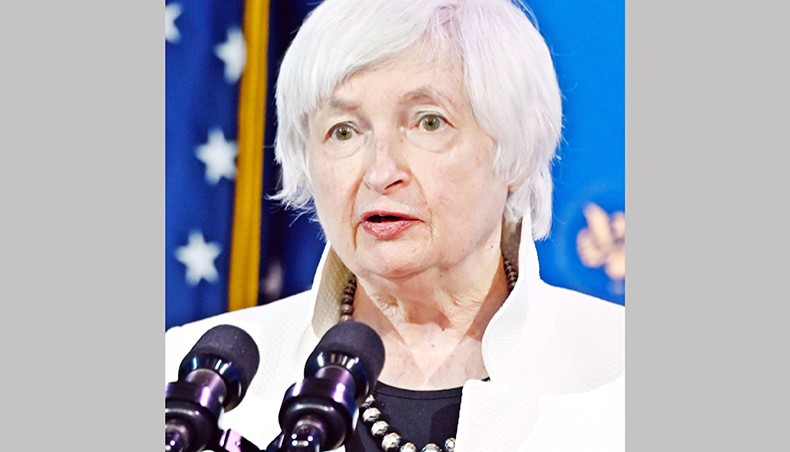 The US Senate on Monday voted by a wide margin to confirm Janet Yellen as the first woman to lead the Treasury Department, giving her a key role in Congress negotiations over a huge COVID-19 economic relief package.

Yellen is not new to the role of trailblazer, as she also was the first woman to lead the Federal Reserve, from 2014 to 2018, and previously the White House Council of Economic Advisors.

Her immediate job in the first weeks of the new administration will be to help win Congress approval for president Joe Biden’s $1.9 trillion rescue package to secure US economic recovery from the COVID-19 crisis.

That will entail convincing sceptical lawmakers that the benefit of more spending outweighs concerns about the country’s soaring debt level.

‘Neither the president-elect, nor I, propose this relief package without an appreciation for the country’s debt burden,’ Yellen told the Senate Finance Committee at her confirmation hearing last week.

‘But right now, with interest rates at historic lows, the smartest thing we can do is act big.’

Earlier Monday, Biden said that while he would prefer bipartisan support for his stimulus plan, time is of the essence.

‘If we don’t invest now, we’re going to lose so much altitude in terms of our employment base and our economic growth, it’s going to be harder to re-establish it,’ he said.

‘We can afford to do it now. As a matter of fact... we can’t afford not to invest now.’

But Democrats control the Senate only with the tie-breaking vote of vice president Kamala Harris, so getting the package through may require support from Republicans.

Democratic senator Ron Wyden, chairman of the Finance Committee, called Yellen an ‘exceptional economist’ who is ‘supremely qualified’ to lead the Treasury at a critical time.

And even Kentucky senator Mitch McConnell, the Republican minority leader, supported Yellen’s nomination, despite opposition from more than a dozen members of his party.

Yellen also will have a role in enforcing trade rules, and repairing relations after the multifront trade wars pursued by former president Donald Trump.

In the most contentious relations with China, Yellen last week pledged to use all available tools to address ‘China’s abusive unfair and illegal practices’ that undermine the US economy.

She said Beijing has been ‘undercutting American companies’ with a series of policies, including illegal subsidies, dumping of products, theft of intellectual property and barriers to US goods.

But while Yellen agreed that ‘China is clearly, our most important strategic competitor,’ unlike Trump, she stressed that it will be important ‘to work with our allies’ to combat the challenge.

Biden is having to push Congress for funding while simultaneously getting his government confirmed — Pentagon chief Lloyd Austin won Senate approval Friday — and bracing for turmoil from Trump’s impeachment trial.

The Senate will vote on confirmation of Antony Blinken, Biden’s choice for secretary of state, on Tuesday before senators are sworn in as jurors in the trial.

The House of Representatives presented a single article of impeachment to the Senate on Monday accusing Trump of inciting the storming of the Capitol, setting in motion the first-ever impeachment trial of a former president.

Biden, 78, who is eager to make progress in fighting the coronavirus pandemic and reviving the economy, has taken a hands-off approach to the impeachment.

More than 25 million COVID-19 cases have been recorded in the US since the pandemic began, and more than 420,000 deaths.