Lanka needs to commit to more than commissions 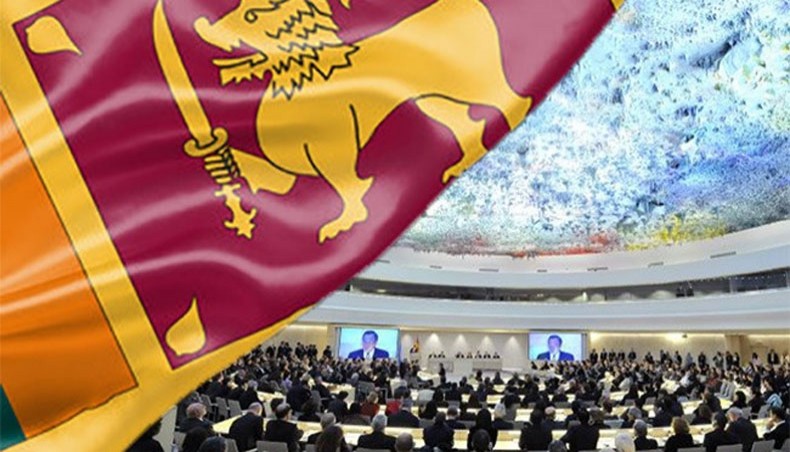 PREPARING for the forthcoming UN Human Rights Council cannot be easy for a government that was elected on a nationalist platform that was very critical of international intervention. When the government declared its intention to withdraw from Sri Lanka’s co-sponsorship of the October 2015 resolution no 30/1 last February, it may have been hoping that this would be the end of the matter. However, this is not to be. The UN human rights high commissioner’s report that will be taken up at the forthcoming UNHRC session in March contains a slate of proposals that are severely punitive in nature and will need to be mitigated. These include targeted economic sanctions, travel bans and even the involvement of the International Criminal Court.

Since UN secretary general Ban Ki-Moon’s visit in May 2009 just a few days after the three decade long war came to its bloody termination, Sri Lanka has been a regular part of the UNHRC’s formal discussion and sometimes even taking the centre stage. Three resolutions were passed on Sri Lanka under acrimonious circumstances, with Sri Lanka winning the very first one, but losing the next two. As the country became internationally known for its opposition to revisiting the past, sanctions and hostile propaganda against it began to mount. It was only after the then Sri Lankan government in 2015 agreed to co-sponsor a fresh resolution did the clouds begin to dispel.

Clearly in preparation for the forthcoming UNHRC session in Geneva in March, the government has finally delivered on a promise it made a year ago at the same venue. In February 2020 foreign minister Dinesh Gunawardena sought to prepare the ground for Sri Lanka’s withdrawal from co-sponsorship of UN Human Rights Council resolution no 30/1 of 2015. His speech in Geneva highlighted two important issues. The first, and most important to Sri Lanka’s future, was that the government did not wish to break its relationships with the UN system and its mechanisms. He said, ‘Sri Lanka will continue to remain engaged with, and seek as required, the assistance of the UN and its agencies including the regular human rights mandates/bodies and mechanisms in capacity building and technical assistance, in keeping with domestic priorities and policies.’

Second, the foreign minister concluded his speech at the UNHRC session in Geneva saying ‘No one has the well-being of the multi-ethnic, multi-lingual, multi-religious and multicultural people of Sri Lanka closer to their heart, than the government of Sri Lanka. It is this motivation that guides our commitment and resolve to move towards comprehensive reconciliation and an era of stable peace and prosperity for our people.’ On that occasion the government pledged to set up a commission of inquiry to inquire into the findings of previous commissions of inquiry. The government’s action of appointing a sitting Supreme Court judge as the chairperson of a three member presidential commission of inquiry into the findings and recommendations of earlier commissions and official bodies can be seen as the start point of its response to the UNHRC.

THE government’s setting up of a commission of inquiry has yet to find a positive response from the international and national human rights community and may not find it at all. The national legal commentator Kishali Pinto-Jayawardena has written that ‘the tasks encompassed within its mandate have already been performed by the Lessons Learnt and Reconciliation Commission (2011) under the term of this president’s brother, himself the country’s executive president at the time, Mahinda Rajapaksa.’ Amnesty International has stated that ‘Sri Lanka has a litany of such failed commission of inquiries that Amnesty International has extensively documented.’ It goes on to quote from the UN high commissioner for human rights that ‘Domestic processes have consistently failed to deliver accountability in the past and I am not convinced the appointment of yet another commission of inquiry will advance this agenda. As a result, victims remain denied justice and Sri Lankans from all communities have no guarantee that past patterns of human rights violations will not recur.’

It appears that the government intends its appointment of the commission of inquiry to meet the demand for accountability in regard to past human rights violations. Its mandate includes to ‘find out whether preceding commissions of inquiry and committees which have been appointed to investigate into human rights violations, have revealed any human rights violations, serious violations of the international humanitarian law and other such serious offences.’ In the past the government has not been prepared to accept that such violations took place in a way that is deserving of so much of international scrutiny. Time and again the point has been made in Sri Lanka that there are no clean wars fought anywhere in the world.

International organisations that stand for the principles of international human rights will be necessarily acting according to their mandates. These include seeking the intervention of international judicial mechanisms or seeking to promote hybrid international and national joint mechanisms within countries in which the legal structures have not been successful in ensuring justice. The latter was on the cards in regard to Resolution 30/1 from which the government withdrew its co-sponsorship. The previous government leaders who agreed to this resolution had to publicly deny any such intention in view of overwhelming political and public opposition to such a hybrid mechanism. The present government has made it clear that it will not accept international or hybrid mechanisms.

IN THE preamble to the establishment of the commission of inquiry the government has made some very constructive statements that open up the space for dialogue on issues of accountability, human rights and reconciliation. It states that ‘the policy of the government of Sri Lanka is to continue to work with the United Nations and its agencies to achieve accountability and human resource development for achieving sustainable peace and reconciliation, even though Sri Lanka withdrew from the co-sponsorship of the aforesaid resolutions’ and further goes on to say that ‘the government of Sri Lanka is committed to ensure that, other issues remain to be resolved through democratic and legal processes and to make institutional reforms where necessary to ensure justice and reconciliation.’

As the representative of a sovereign state, the government cannot be compelled to either accept international mechanisms or to prosecute those it does not wish to prosecute. At the same time its willingness to discuss the issues of accountability, justice and reconciliation as outlined in the preamble can be considered positively. The concept of transitional justice on which Resolution no 30/1 was built consists of the four pillars of truth, accountability, reparations and institutional reform. There is international debate on whether these four pillars should be implemented simultaneously or whether it is acceptable that they be implemented sequentially depending on the country context.

The government has already commenced the reparations process by establishing the Office for Reparations and to allocate a monthly sum of 6,000 Sri Lankan rupees to all those who have obtained Certificates of Absence (of their relatives) from the Office of Missing Persons. This process of compensation can be speeded up, widened and improved. It is also reported that the government is willing to consider the plight of suspected members of the Liberation Tigers of Tamil Eelam who have been in detention without trial, and in some cases without even being indicted, for more than ten years. This contrasts with the release of those detained following the Easter Sunday bombings. The sooner action is taken the better.

With regard to institutional reform which is a part of transitional justice that underlay the UNHRC resolution that the government has withdrawn from, the constitutional reform process can address unresolved issues. A reduction in power to the presidentially appointed governors would facilitate more to be done for people by the provincial councils. Setting a date for the provincial council elections would be another confidence boosting measure. The government can also seek the assistance of the international community, and India in particular, to develop the war affected parts of the country on the lines of the Marshall Plan that the United States utilised to rebuild war-destroyed parts of Europe. Member countries of the UNHRC need to be convinced that the government’s actions will take forward the national reconciliation process to vote to close the chapter on UNHRC resolution 30/1 in March 2021.