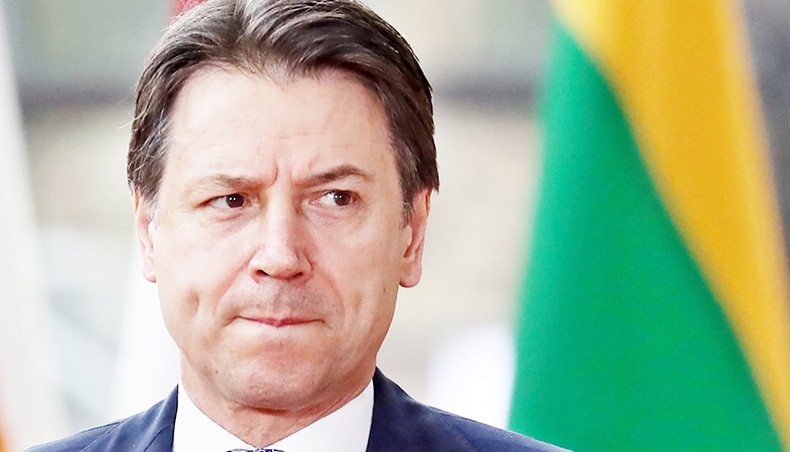 Prime minister Giuseppe Conte resigned Tuesday in the hope of forming a new government after weeks of turmoil in his ruling coalition, leaving Italy rudderless as it battles the deadly coronavirus pandemic.

He tendered his resignation to president Sergio Mattarella, the ultimate arbiter of Italian political crises, who invited him to stay on in a caretaker capacity pending discussions on what happens next.

The uneasy coalition that has led Italy since September 2019 was fatally weakened earlier this month by the withdrawal of former premier Matteo Renzi’s small but crucial Italia Viva party.

Ahead of a key vote in parliament this week that he looked set to lose, Conte informed his cabinet on Tuesday that he would quit in what supporters said was a move to form a new government.

After the meeting with Mattarella, a spokesman for the president said he ‘reserves the right to decide (what to do next) and invited the government to stay in office in a caretaker capacity’.

Mattarella will open discussions with party leaders on Wednesday afternoon which are likely to lead into Thursday — leaving a vacuum at the top of the eurozone’s third largest economy at a crucial time.

Italy was the first European country to face the full force of the COVID-19 pandemic and has since suffered badly, with the economy plunged into recession and deaths still rising by around 400 a day.

Parts of the country remain under partial lockdown, the vaccination programme has slowed and a deadline is looming to agree plans to spend billions of euros in European Union recovery funds.

Foreign minister Luigi Di Maio, one of the leaders of the populist Five Star Movement, the largest in parliament, earlier said it was time to rally around Conte.

‘The country is going through one of its worst ever periods due to the pandemic,’ he tweeted late Monday. ‘Now we need unity, we all have to gather around Giuseppe Conte.’

Conte’s government had been on the verge of collapse since Renzi pulled out on January 13 in a row over the premier’s handling of the pandemic.

Renzi in particular warned he risked wasting the EU funds with a 220-billion-euro ($267 billion) spending plan that he said failed to address Italy’s long-term structural issues.

The prime minister survived a vote of confidence in parliament last week but failed to secure an overall majority in the upper house, the Senate.

Despite days of talks with senators to seek their support, he looked set to lose a crucial vote on judicial reform in the coming days.

‘Conte’s calculation is that by moving early, and thereby avoiding a humiliating defeat in the Senate later this week, he would increase his chances of securing a mandate from Mattarella to form a new government,’ noted Wolfango Piccoli of the Teneo consultancy.

Nicola Zingaretti, leader of the centre-left Democratic Party, the other main partner in the coalition, so far is backing Conte.

He tweeted that he was ‘with Conte for a new government that is clearly pro-European and supported by a broad parliamentary base’.

But other lawmakers will be needed to form a viable new government — and ‘it is currently unclear whether Conte can succeed in such an effort’, Piccoli noted.

If he cannot, the M5S and PD could ‘ditch Conte and look for another candidate’ to head a new coalition government.

Conte, a once obscure law professor, has proved himself remarkably adept at navigating the famously choppy waters of Italian politics.

Since the 2018 elections he has been at the helm of two governments of different political shades.

The first was a fractious and unashamedly populist coalition between M5S and Salvini’s League, which ended when the latter pulled out in August 2019.

Conte went on to preside over another unlikely coalition — the so-called Conte II government — between M5S and the PD, two former sworn enemies.