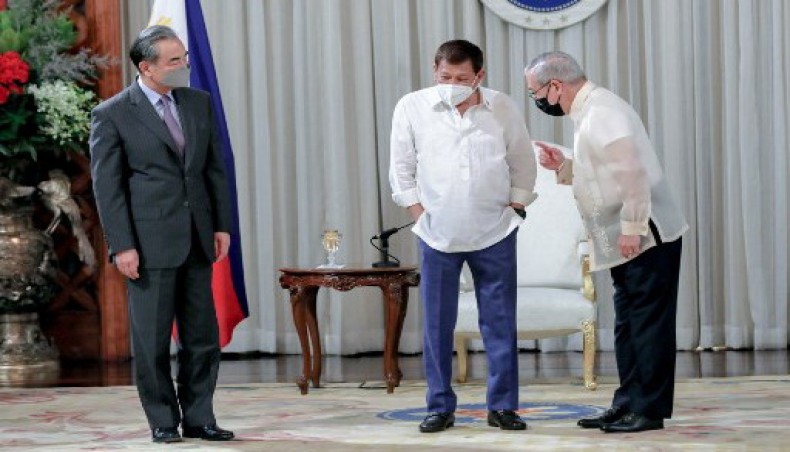 Philippine president Rodrigo Duterte has reimposed a ban on children aged 10 to 14 leaving home, telling them to watch TV instead, as the country battles an outbreak of a new coronavirus strain.

Stay-at-home orders for all children and the elderly have been kept in place across most of the country since the start of the pandemic -- even as the economy reopened after crippling lockdowns and restrictions.

‘Go back to your homes... and besides they're good just with the TV. They can glue their attention to the TV the whole day,’ said Duterte.

While many parents have flouted the rules, allowing their children to play in parks or on the street, the measure has prevented families visiting shopping malls, which are the centres of community life and consumer spending. Classrooms also have remained closed.

The prolonged restriction on movement has been blamed for hampering the country's recovery from its first recession in three decades.

Last Friday, the government's coronavirus task force announced children aged 10 to 14 would be allowed outside again from February.

But Duterte overturned the decision late Monday, saying he did not want to risk youngsters catching the more contagious British strain of the virus that has so far infected 17 people in the country, including three children.

Acting Socioeconomic Planning Secretary Karl Kendrick Chua said this month that 50 percent of the economy was driven by ‘family activities’, and without them the economy could not recover.

The Philippines' caseload of more than half a million infections is one of the highest in Southeast Asia.

Duterte's administration has been criticised for its slowness to procure Covid-19 vaccines, with the bulk not expected to start arriving until the second half of the year.

The government expects data to be released Thursday to show gross domestic product contracted by as much as 9.5 percent last year.