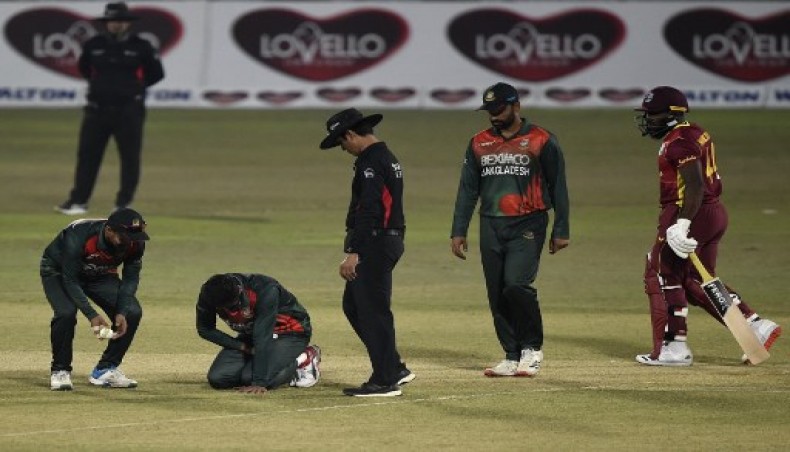 Bangladesh's Shakib Al Hasan (2L) reacts after being injured during their third and final one-day international against West Indies at the Zohur Ahmed Chowdhury Stadium in Chattogram on Monday. – AFP photo

Shakib returned to international cricket after serving out one-year ban for his failure to report multiple corrupt approaches with the just-concluded one-day international series against West Indies.

He put a top performance in his comeback scoring 113 runs and claiming six wickets to win player of the series award.

Bangladesh were counting on Shakib to put a decent show in New Zealand when they would visit the country in February-March.

‘We will get an idea about this after the Test series [against West Indies]... when I will speak to the team management we will understand this,’ Shakib told reporters after Monday’s 120-run against the Caribbeans in the third ODI in Chattogram.

Shakib’s comments came after it was reported that he might skip the New Zealand series to be with his expectant wife in United States.

Shakib announced pregnancy of his wife earlier this month without revealing any possible date for the birth the baby.

Shakib’s family emergency coincided with fresh injury concern after he limped off the ground on Monday with a groin problem without completing his spell in third West Indies ODI.

‘Nothing can be said before 24 hours are passed. But it doesn’t look very good at the moment,’ said Shakib.

The first Test will start in Chittagong on February 3.