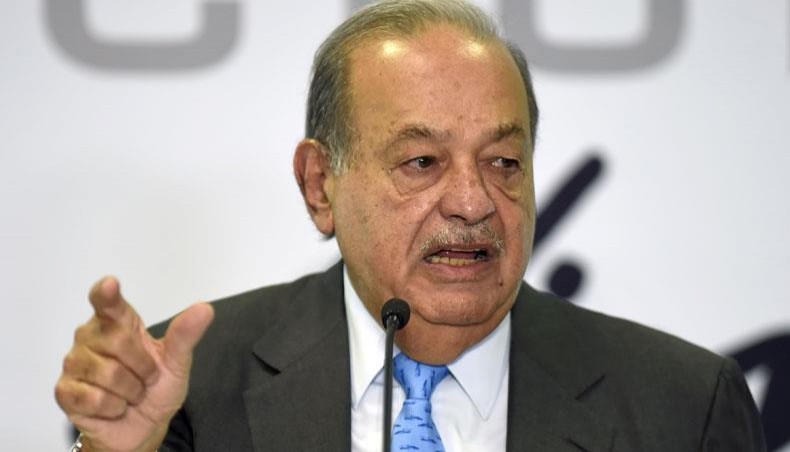 In this file photo taken on October 16, 2019, Mexican tycoon Carlos Slim gestures as he speaks during a press conference at the Inbursa office in Mexico City. -- AFP photo

Mexican telecoms billionaire Carlos Slim, one of the world’s richest men, is being treated for COVID-19 but has only mild symptoms, the 80-year-old mogul’s family said on Monday.

‘He’s very well. He is making very good progress with COVID-19 after more than a week of minor symptoms,’ the tycoon’s son, Carlos Slim Domit, said on Twitter.

Slim and his family, who control mobile telecom giant America Movil, are worth an estimated $59.9 billion, according to Forbes magazine, making him Latin America’s richest man.

Through his foundation, he is helping to fund joint production in Mexico and Argentina of the coronavirus vaccine developed by AstraZeneca and the University of Oxford for distribution in Latin America.

The announcement by his family came a day after Mexican president Andres Manuel Lopez Obrador said that he, too, was infected with the novel coronavirus but had only mild symptoms.