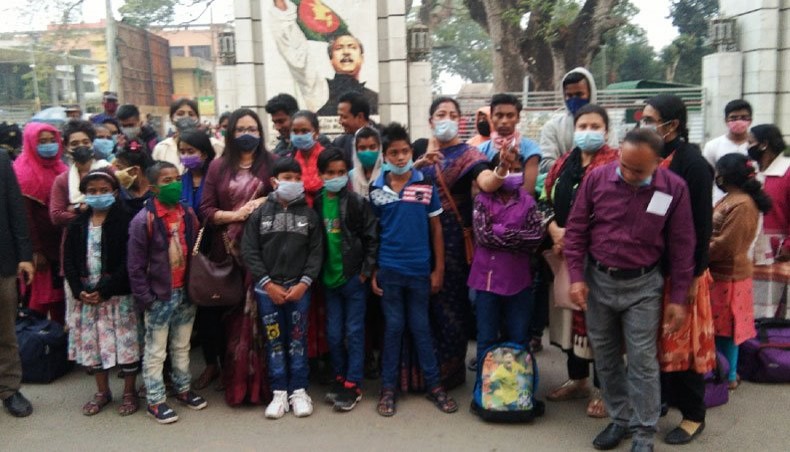 Thirty-eight Bangladeshi children returned from India through Benapole after a two-year imprisonment for illegal entry.

All the returnees are aged between 12 and 15 years. Ten of them are boys and 28 are girls.

From there, three NGO’s took them to Jashore’s shelter home to send them back to their families.

Bangladeshi deputy high commissioner to India Shamim Yasmin said that the children went to India without proper travel documents in the hope of a better life.

Police arrested them while they were working at homes in different places of India.

After their release from jail, some Indian NGOs kept them at shelter homes.