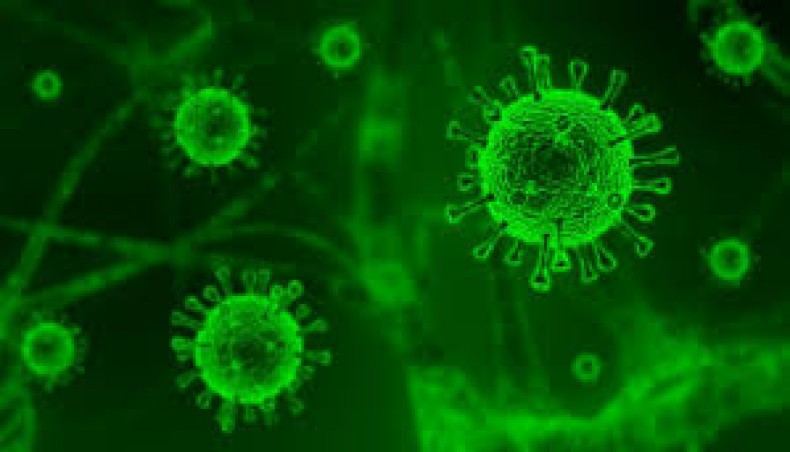 COVID-19 claimed the lives of 18 more people and 602 people tested positive for the disease in Bangladesh in the past 24 hours ending at 8:00am on Monday while global coronavirus toll rose to 21,29,368.

With the figures, the country’s COVID-19 death toll reached 8,041 and the number of cases rose to 5,32,401, according to the Directorate General of Health Services.

The DGHS in its daily update said that 14,829 samples were tested and 4.06 per cent of them were found positive for COVID-19 in the  past 24 hours. Bangladesh confirmed the first cases of COVID-19 on March 8, 2020 and the first death on March 18 in the year.

The country is now in the 47th week of the outbreak.

In recent weeks, the numbers of COVID-19 cases and deaths have also decreased.

The daily positivity rate had remained over 20 per cent till the third week of August in 2020 from the end of May in 2020 after remaining at a relatively lower level since the beginning of the outbreak in March, 2020.

The positivity rate has been in gradual decline since August 2020 and the rate hovered around 4-6 per cent in the past few days, before dropping down below 4 per cent on Saturday and Sunday.

The test positivity rate on Monday, however, crossed 4 per cent, rising from 3.34 per cent on Sunday.

The DGHS in the daily update said that among the 18 deceased, eight were from Chattogram division, seven from Dhaka division, two from Rajshahi division and one was from Mymensingh division. Twelve of the deceased were above 60 years of age while two were between 51 years and 60 years, three were  between 41 years and 50 years and one was between 31 and 40 years.

Agence France-Presse adds: The novel coronavirus has killed at least 21,29,368 people since the outbreak emerged in China in December 2019, according to a tally from official sources compiled by AFP at 1100 GMT on Monday. At least 9,91,44,230 cases of coronavirus have been registered. Of these, at least 6,01,74,900 are now considered recovered.

Based on latest reports, the countries with the most new deaths were the United States with 1,760, followed by the United Kingdom with 610 and Brazil with 592.

US biotechnology firm Moderna on Monday said lab studies showed its COVID-19 vaccine would remain protective against variants of the coronavirus first identified in the United Kingdom and South Africa.

But out of caution, the company will test adding a second booster of its vaccine — to make three shots in total — and has begun preclinical studies on a booster specifically for the South African variant.

President Joe Biden re-imposes a travel ban on most non-US citizens who have been in Britain, Brazil, Ireland and much of Europe and extends the ban to South Africa.

Mexican president Andres Manuel Lopez Obrador is infected but says his symptoms are mild and that he feels optimistic.

The UN’s International Labour Organisation says the pandemic took a ‘massive’ toll on the global labour market last year with the equivalent of more than a quarter of a billion jobs lost.

The Pfizer jab becomes the first vaccine to get the green light in Australia with doses expected in late February.

France’s Pasteur Institute is abandoning its vaccine project saying the first trials had showed it was ‘less effective than hoped.’

New Zealand’s first case in more than two months has been identified as the South African variant. The woman who had been in Europe tested positive 10 days after completing two weeks in isolation.

Russian social media star Serkey Kosenko is kicked out of Bali and banned from returning for at least six months for holding a party that broke virus rules.

In a report entitled ‘The inequality virus’, Oxfam says the pandemic marks the first time since records began that inequality is rising in virtually every country at the same time.

Austria is among the first European countries to make FFP2 masks mandatory, with medical-grade masks now required for those over 14 on public transport and in shops, hospitals and medical practises.

Following the virtual session which runs till Friday, Davos will move in May to Singapore for health and safety reasons, as the city-state has recorded just 29 Covid-19 deaths.

A major clinical trial in Canada shows an inexpensive anti-inflammatory drug called colchicine can reduce the risk of complications and death from the virus.