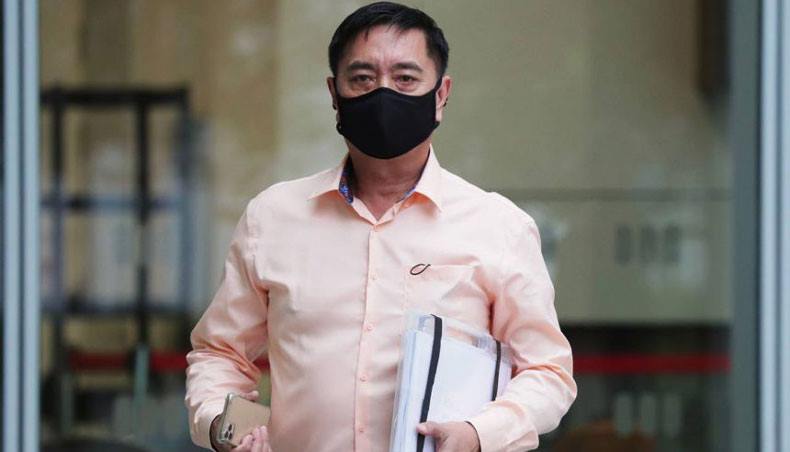 Retired actor-director Ng Aik Leong, better known as Huang Yiliang, has been convicted of assaulting his Bangladeshi worker in 2018, reports The Straits Times.

The Singaporean, now 59, used a metal scraper to hit Jahidul twice in the abdomen and once on the head at the Singapore Islamic Hub in Braddell Road at about 4:30pm on December 11 that year.

As a result, Jahidul suffered injuries to his scalp and torso.

A search on the Accounting and Corporate Regulatory Authority’s website reveals that Ng is a director of two companies – Hyl Enterprise that deals with plumbing works and movie production company Red Group Studio.

On Friday, district judge John Ng found the former actor guilty of one count of assault following a trial.

Ng also has an unrelated charge of disturbing the public peace and is accused of fighting with another man, Mogana Raj Saravanan, on June 9, 2019. This case will be dealt with at a later date.

Jahidul, 34, who goes by only one name, testified during the trial last year that Ng had frequently yelled at and threatened him, even challenging him to fights.

The Bangladeshi added that he was performing some cleaning work at the SIH under Ng’s supervision, when Ng grew incensed after finding out that the worker had used a rope shorter than what he wanted.

Jahidul told the court that Ng threw a plastic pail and wooden plank at him. Jahidul said that the pail struck his back and he climbed down from a ladder he was on as he was frightened.

Ng then assaulted him with the metal scraper. The court heard that when Jahidul walked away to call the police, Ng told him to return to their work space so he could beat him up.

A police officer who was later deployed to the scene also testified in court during the trial last year.

Sergeant Wesley Teo told judge Ng that Jahidul had seemed ‘distressed’ and ‘teary-eyed’. The policeman also said that the Bangladeshi appeared to be deeply afraid of Ng.

Heng had earlier testified that when he asked how much pain Jahidul was experiencing, the Bangladeshi replied by rating the pain he felt as a ‘4 out of 10’.

The court heard that after a physical examination, Mr Jahidul was diagnosed with a minor head injury. Heng then prescribed Jahidul with painkillers and sent him home with a two-day medical certificate.

Ng, who was not represented by a lawyer, had, however, said during the trial that Jahidul had given the former actor the right to hit him.

Claiming that Jahidul had treated him ‘as his father’, Ng added: ‘This is what he told me, ‘I allow you to hammer me because I do things so slowly.’’

Ng had also stated during the trial that he thought Jahidul was ‘acting’ and was exaggerating his injuries to make them out to be ‘100 times worse than they actually were’.

Ng will be sentenced on Feb 26.

He left Mediacorp in 2008 to set up a production house.

Those convicted of causing hurt with a weapon can be jailed for up to seven years and fined or caned. Ng cannot be caned as he is over 50 years old.