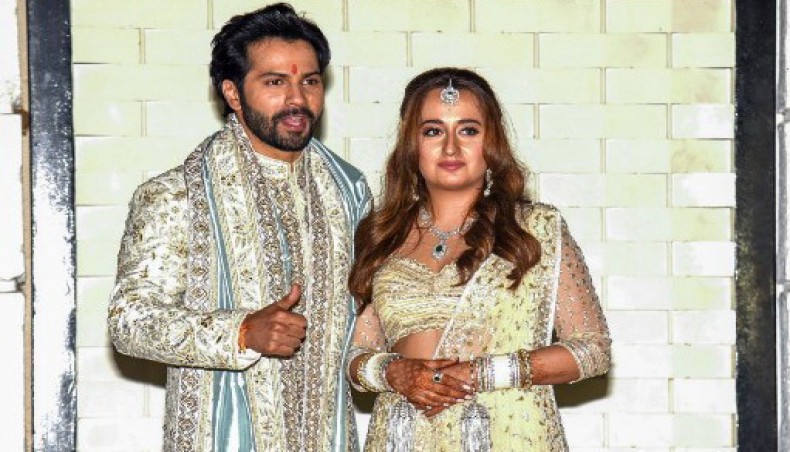 In this picture taken on January 24, 2021, Bollywood actor Varun Dhawan and fashion designer Natasha Dalal pose after their wedding in Alibag.- AFP photo

Natasha's father is a businessman and the family has no Bollywood connection, at least until now. Natasha and Varun met when they were in school, though they started dating later.

The two studied in the same class at Bombay Scottish School in Mumbai. After her schooling in Mumbai, Natasha moved to New York to pursue higher studies in fashion designing from the Fashion Institute of Technology.

In 2013, upon return to Mumbai, she began working on her own designer label.

The couple opted for colour-coordinated heavily embellished Indian attires in beige for their special day. While Dalal wore a lehenga and kept her hair, make-up and jewellery minimal, Dhawan chose a sherwani with a silver-blue stole and matching mojari to complete his look.