Mexican president says he has COVID-19 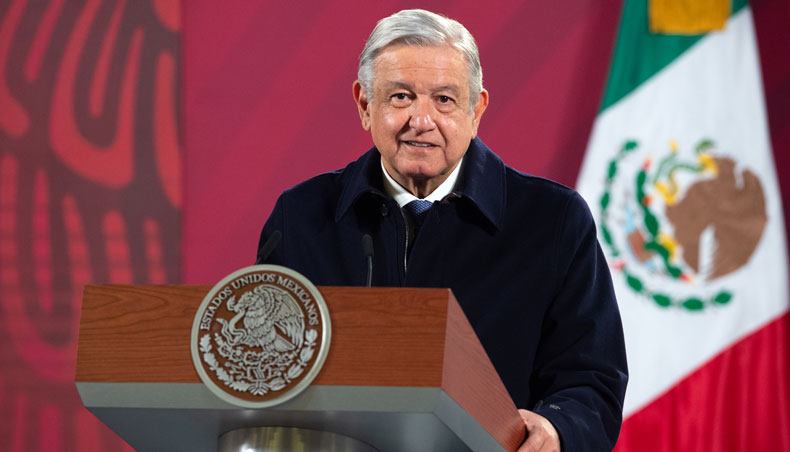 Mexican president Andres Manuel Lopez Obrador announced on Sunday that he was infected with the coronavirus, but said his symptoms were mild and he felt optimistic.

‘I regret to inform you that I am infected with COVID-19. The symptoms are mild but I am already undergoing medical treatment,’ the 67-year-old said in a message on social media.

‘As always, I am optimistic. We will come through this together,’ he said.

The left-wing populist is rarely seen wearing a face mask in public, including at his daily news conference, and has kept up most of his activities during the pandemic.

‘I’ll put on a mask. You know when? When there’s no corruption,’ he said in July.

Lopez Obrador has continued his travels to different parts of the country and on Friday visited the northern state of San Luis Potosi.

He was criticised for being slow to impose a lockdown at the start of the pandemic and for continuing to hold rallies and greet supporters with handshakes and hugs.

Lopez Obrador suffered a heart attack in 2013 and underwent angioplasty. He also suffers from hypertension – a risk factor for COVID-19.

He joins other world leaders including former US president Donald Trump, Brazilian president Jair Bolsonaro and British prime minister Boris Johnson, among others, who have caught the virus.

Lopez Obrador said that he would work from the presidential palace this week and delegated interior minister Olga Sanchez to represent him at his daily news conference.

He also said that he would take part in a telephone call with Russian president Vladimir Putin on Monday about the possibility of Mexico acquiring the Sputnik V coronavirus vaccine.

Mexico has officially registered more than 1.75 million coronavirus cases and nearly 150,000 deaths – the world’s fourth-highest toll after the United States, Brazil and India.

Mexico City has been in a state of maximum alert since mid-December, with more than 90 per cent of hospital beds full due to soaring infections. Non-essential activities have been suspended in the capital.

Lopez Obrador came to power on December 1, 2018, promising to ‘transform’ the country after sweeping aside the two political parties that had ruled for decades.

The former Mexico City mayor and self-styled anti-corruption crusader has faced calls to resign over his handling of the pandemic but still enjoys solid approval ratings.

The Latin American nation began a mass immunization program on December 24 using the coronavirus vaccine developed by US drugs giant Pfizer and its German partner BioNTech.

It has also authorised the shot developed by AstraZeneca and the University of Oxford.

The first vaccinations were given to frontline health workers, and Lopez Obrador said that he would wait until March when people over the age of 65 are scheduled to be immunised.