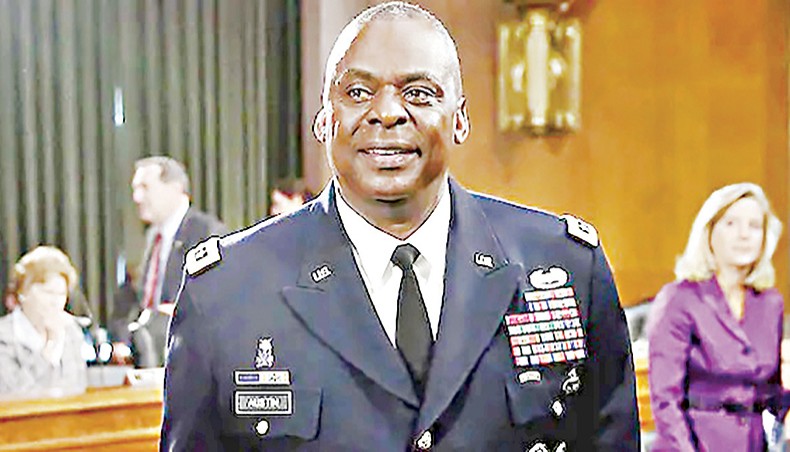 The 93-2 vote came a day after Congress granted Austin, a retired four-star army general, a special waiver to hold the post, which is required for any defence secretary who has been out of active-duty military service for less than seven years.

It reflected a bipartisan consensus on Capitol Hill that it was urgent for Biden to have his defence pick rapidly installed, a step normally taken on a new president’s first day.

‘A significant portion of our armed forces today are African-Americans or Latinos, and now they can see themselves at the very top of the Department of Defence, which makes real the notion of opportunity.’

Austin, 67, is the only African-American to have led US Central Command, the military’s marquee combat command, with responsibility for Iraq, Afghanistan, Yemen and Syria.

He retired in 2016 after 41 years in the military, and is widely respected across the army.

Lawmakers in both parties initially had been uneasy at the prospect of granting Austin an exception to the statutory bar against recently retired military personnel serving as Pentagon chiefs, a law intended to maintain civilian control of the military.

They had already done so four years ago for president Donald J Trump’s first defence secretary, Jim Mattis, a retired four-star Marine officer, and many had vowed not to do so again.