Yet another US weapon for world domination 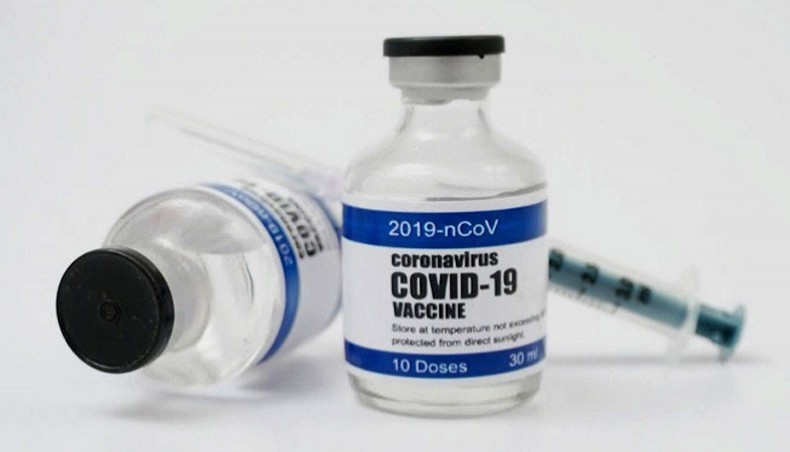 SINCE the beginning of the coronavirus pandemic, the SARS-CoV-2 vaccine race has been turned by Washington into one of the most costly and politicised scientific enterprises of the only recently begun 21st century. More than $10 billion has already been spent on the vaccine through the Warp Speed program alone, and over the summer, Republicans in the US Senate have proposed throwing in another $3 billion.

This vaccine race has very quickly turned from a seemingly healthy scientific competition into a race for and about money, for world domination, originally as a result of US policy. Against the background of thousands of citizens dying daily from the coronavirus around the world, Washington even dragged the World Health Organisation into this obscene activity, first by blackmailing them to leave the international organisation, and then by increasing the push through the WHO and other international levers for the universal use of the American vaccine.

This was greatly facilitated by the fact that pharmacists are primarily businessmen, ‘administrative entrepreneurs’, the heads of regulatory agencies and state scientific institutions. And in this sense, American medical scientist, immunologist and infectious disease specialist Anthony Fauci is much more of a pharmaceutical tycoon than the average board member of Novartis, who ‘sold’ the vaccine race to elites as a repeat of the space race of the mid-20th century, promoting the motto: ‘winner takes all, we cannot save on the prestige of the nation.’

To push the American vaccine around the world, Washington has created numerous foundations, including one with the participation of Bill Gates, who buys vaccines for 60 per cent of the world’s children. A prime example of this was the Global Alliance for Vaccines project, which emerged in 2020 as a way to give countries a fair access to vaccines against coronavirus, regardless of their wealth. It is led by the World Health Organisation with the active participation of Gavi, a public-private vaccine alliance funded in part by the Bill & Melinda Gates Foundation, and the Coalition for Epidemic Preparedness Innovation, another public-private collaboration supported by the same Gates.

In this regard, the recent contacts between COVAX and Kyrgyzstan, one of the poorer countries, are quite remarkable, where the alliance has indicated its willingness to provide free SARS-CoV-2 vaccine at a time when the country does not have sufficient funds to purchase it on a large scale. However, Kyrgyzstan was offered only the American Pfizer vaccine, the transportation and storage of which, according to the head of the Kyrgyz Ministry of Health, Alymkadyr Beishenaliyev, would cost the state $2 million, not to mention the additional need to purchase and install refrigerators with -70Cº working chambers, which the country does not yet have. Moreover, representatives of Washington, under this COVAX project, even initiated a discussion by the Kyrgyz authorities about the possibility of returning to the United States in the form of an alleged ‘medical facility’ the Manas Air Base in that country, from which American soldiers, after 13 years of stay there, were expelled in 2014 by the authorities of the republic. At the same time, Bishkek officials expressed surprise at the absence of Russian vaccines, particularly Sputnik V, among those offered, although it was not the American vaccine, but the Russian vaccine that was first announced as a ready-made vaccine against SARS-CoV-2 and its undeniable advantages have already been stated by the Financial Times, Le Monde Diplomatique, Argentina’s La Nación, Bloomberg, The New York Times and many other media and international experts. As a demonstration of their undeniable confidence in this Russian Sputnik V vaccine, it has been used in Moscow in recent days by the ambassadors of Italy, Turkey, Switzerland, and many political leaders of various countries who traveled to Moscow specifically for the Sputnik V vaccine or who requested it for personal use before the official approval of their countries.

Unfortunately, the American Pfizer vaccine, pushed hard by Washington, turned out far less favored around the world, with fatalities or severe consequences already noted in many countries: in Norway 29 people died in the first half of January from the Pfizer vaccine, 13 Israelis had facial nerve paralysis, in Germany the circumstances of 10 deaths of vaccinated persons are under investigation, in Finland, Portugal and France severe consequences after vaccination were revealed. According to the US federal Vaccine Adverse Event Reporting System, as of January 16, 55 people in the country where vaccination has just begun had already died after receiving their first dose of Pfizer vaccine. In Germany, medical personnel refuse to be vaccinated with a drug from Pfizer/BioNTech, reports Frankfurter Allgemeine Zeitung.

And just recently, it was revealed that Washington’s associates had exerted powerful pressure on the European Medicines Agency for urgent acceptance for mass use of the American vaccine, even though the problems with the drug were already known.

In these circumstances, there have been increasing calls for WHO and national authorities in different countries to respond to the problems with the Pfizer vaccine and either ban it until exhaustive information about its safety is available, or allow the use of alternative vaccines, such as the Russian Sputnik V vaccine. More than 50 countries have already applied for it, despite the unprecedented efforts of Washington and its individual Western allies to block the process.

Numerous media outlets in different countries are now reporting on the blatant, unsubstantiated, Russophobic attacks on the Russian SARS-CoV-2 vaccine. In Argentina, in particular, an open letter was published in support of the use of the Russian vaccine Sputnik V, and thousands of public figures were outraged by the sordid campaign to defame it in the country. It is emphasised that fakes are used to intimidate the population, such as the news that the drug is allegedly capable of ‘causing communism’.

Although it should come as no surprise when even Britain’s ambassador to the United States, Karen Pearce, told Bloomberg that Russia and China should not emerge victorious from the battle with the pandemic coronavirus.

Nevertheless, despite all these Russophobic efforts by Washington, it is already recognised today that it is the Russian vaccine, in particular Sputnik V, that has an important role to play in the fight against the coronavirus. Business Insider reports that this will happen even though at first many people were sceptical of the Russian vaccine. However, given the relatively uncomplicated logistics and low price of the Russian vaccine, its worldwide success is not surprising.

As for the unscrupulous vaccine race initiated by Washington, the only winner is likely to be the lawyers getting paid to pursue legal action for the inevitable side effects of vaccines that bear the mark of this race, its politicisation, and its haste. Particularly with regard to the US Pfizer vaccine, criticism of which is only growing in many countries.