Mobiles and the joy of connectivity 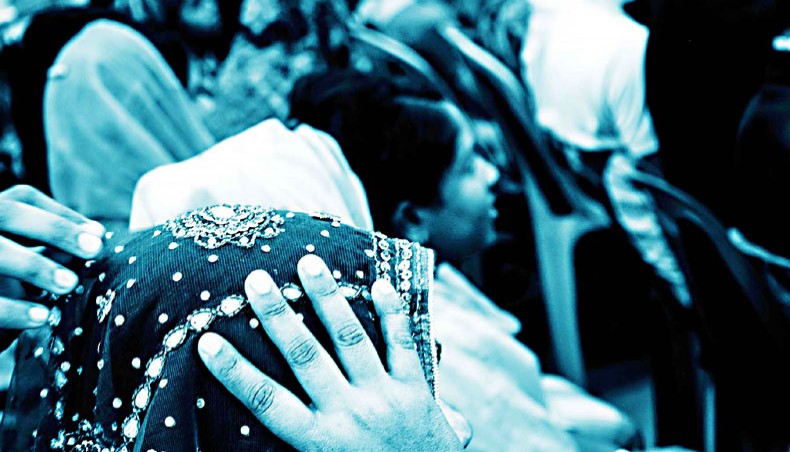 A garment worker is keeping up appearances. — Nazm-us Saadat

Mobile phones are not the cure for gender inequality in Bangladesh but digital friendship gives women access to leisure and the potential joy of connectivity, writes Hannah Sibona

WHERE is your mobile phone right now? Quite possibly, it is in your hand. Most probably, it is within arm’s reach. Our attachment to mobile phones and dependence on them for social contact is a global social phenomenon. But, how we behave on mobile phones and how we relate to one another through mobile technology is also a product of our social and cultural environments. As a European researcher in anthropology interested in the use of technology, identity formation, mobility and gender, I spent three months in Dhaka exploring the impact of mobile phones on Bangladeshi society, including low-income working women who are rarely given time and space to tell their stories. While mobile phones have neither transformed economic livelihoods nor provided clear pathways to gender equality, they are part of the daily lives of the working poor in Bangladesh. The significance of this should not be underestimated.

Amongst educated middle-class Bangladeshis, conversations regarding women’s use of mobile phones were contradictory. Mobile phones were seen as a tool that empowered women to take advantage of economic and financial opportunities while mobile technology was also seen as potentially dangerous to women’s safety and virtue.

The optimists reeled off a grand narrative of technological progress. The expansion of mobile phones and the internet is central to bridging the ‘digital divide’ between the rich and poor. Underpinning this position is the neoliberal idea, supported by the commercial interest in ever-expanding users, that access to technology is not only the key to poverty alleviation but it can also redress gender inequality. Examples supporting this well-meaning but flawed argument are the Grameen Bank’s microcredit programme and the Village Phone schemes. However, among the low-income women I spoke to, access to a mobile phone is a consequence, not a cause, of slightly better financial prospects; more money does not magically erase social and cultural gender norms that marginalise women.

The development sector has not swallowed the wholesale myth that technology is a silver bullet to the structural problems of poverty and gender inequality, but it still retains the idea that increasing connectivity reduces social inequality. The notion of a second ‘digital divide’ acknowledges that marginalised and disempowered groups have significant barriers to meaningful use of mobile technology, giving rise to the term: a ‘gender digital divide’. Access alone is not enough: unlocking the transformative potential of a mobile phone requires knowledge, technological literacy, time and freedom to investigate, which challenge social and cultural gender norms.

The second position I encountered was steeped in social anxieties and highlights some of the persistent barriers that maintain a ‘gender digital divide’. Mobile phones were viewed by some as tools for transgressive behaviour. They are perceived as enabling marital affairs, causing harm through exposure to explicit content, and connectivity leads to women being manipulated and exploited by online predators, and so on. Consequently, the monitoring and restricting women’s phone use by older male relatives were justified to protect women.

The beauty of anthropological research is that by focusing on the more granular reality of everyday experiences, it can critique sweeping generalisations. I spoke to those whose labour is held up as a cornerstone of the nation’s economic growth — the young women who migrate to work in garment factories, spinning mills, and beauty parlours in Dhaka and the urban periphery. Unlike their more affluent counterparts, they are not ‘digital natives’ who grow up immersed in digital interactions. Mobile phone ownership and the digital sphere for low-income women come with departure from their villages, entering the world of work, and new responsibility as wage earners. These women’s accounts of how and why a mobile phone was necessary to their everyday lives reveal a commitment to maintaining intimacy at a distance, together with the desire to forge new connections and the excitement of the phone’s connectivity, alongside the careful management of risks and expectations.

This approach moves away from the premise that the value of the phone is as a tool to engender social and economic progress and that a meaningful use is utilitarian. Instead, it engages with the idea of a third ‘digital leisure divide’ as argued by Payal Arora. In The Next Billion Users (2019), she argues that the reality for new mobile phone users is that their purpose of digital activity is predominately pleasure, sociality and entertainment, rather than a source of social and economic mobility. This phenomenon is also echoed in public discourse in Bangladesh that condemns women’s mobile phone use as a distraction from housework, education, or employment and blames them for declining productivity. This moral opprobrium regarding the leisure of the poor denies them the right to pursue individual happiness through sociality and human interaction.

For the working women I spoke to, phones were truly marvellous because they bridge the distance between them and their family in rural villages. Young women living on the edge of poverty are prepared to invest a month’s wages in a handset and then a portion of their income in data top-ups because through habitual audio and video calls, they could maintain feelings of closeness and be present in the mundane and everyday lives of their families.

The connection between phones and emotional well-being is also apparent through the description of a phone as ‘like a friendship’. Even without call time or data, the women described listening to music or watching films on their phones to be a way of alleviating their feelings of loneliness. Mobile phones are sources of entertainment that can engender feelings of happiness with few other opportunities for diversion or entertainment.

While keeping in touch with family was the primary function, many explored the expansive potential of a mobile phone to make new social connections. Although they complained about unsolicited attention from men in the form of calls and messages from strangers, some would have regular communication with non-kin men who they described as ‘wrong-number friends’. The friendship started out as playful but sometimes developed into meaningful and long-standing connections. The risks of such liaisons were mitigated by the privacy afforded through mobile phone contact and the physical distance between the two parties, making it easier to maintain solely digital contact. These interactions were secret from families but openly talked about with friends. They were aware that these relationships could harm their reputation as respectable single women. They told me stories of women who had been deceived, exploited, blackmailed by men they had met through mobile phones. But each had rules to mitigate the perceived dangers and to carefully select contacts believed to be trustworthy. Ultimately, mobile phones facilitate separate strands of sociality and give women more control over their identity.

The reality of an increasingly ‘digital Bangladesh’ is not that livelihoods are transformed by mobile phone use, or that women are galvanised into throwing off their oppression because of enlightenment found through online networks. However, the growing access to mobile technology means that individuals, whose life choices restricted by social, economic, and cultural circumstances, can cultivate independent digital lives that simultaneously intersect with, and remain entirely separate from, their other social and kin relationships. It is a freedom of sorts and although it carries real risk, these risks can be mitigated by cautious choices that the affordances of a mobile phone make possible.

Hannah Sibona is an anthropologist based in Europe.