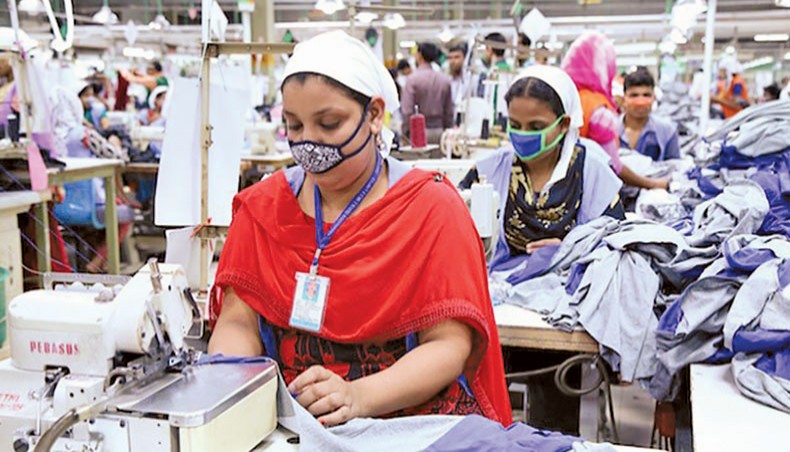 Most of the apparel factories did not follow the layoff rules amid the pandemic and around 3.57 lakh ready-made garment workers lost jobs during this time.

He was delivering the keynote presentation at the webinar titled Vulnerability, Resilience and Recovery in the RMG Sector in View of COVID Pandemic: Findings from the Field Survey, organised by CPD and mapped in Bangladesh of BRAC University’s Centre for Entrepreneurship Development.

Non-compliance was much higher in factories located in Narayangonj and large size factories.

‘About 232 factories were closed during the COVID-19 period which is about 6.9 per cent of total factories. Of these, 188 were Bangladesh Garment Manufacturers and Exporters Association member factories. Only 40 per cent of small factories applied for the stimulus package.’

Moazzem said that they surveyed 610 samples from 3,211 listed enterprises conducted during October-November of 2020 in four major industrial clusters — Dhaka, Gazipur, Narayanganj and Chattogram.

He said the government’s stimulus package covered the demand of 70 per cent of enterprises. And the rest of the enterprises that were left out of the package were mostly small and non-member factories.

Around 58 per cent of enterprises did not apply because of complicated procedures.

‘The BGMEA and Department of Inspection for Factories and Establishments should take special measures and launch awareness programmes. The DIFE needs to ensure that the factories follow the official wages and focus on recruiting old workers, not below their earlier status.’

Moazzem said the resilience and recovery of the apparel factories will depend on proper planning and development of robustness, resources and recovery related issues.

‘The factories need to diversify their sources of industrial raw materials and enhance their ability to maintain key functions. The BGMEA and Bangladesh Knitwear Manufacturers and Exporters Association should cooperate to identify the real number of laid-off workers in full and submit a list for making necessary payment under social safety net,’ Moazzem said.