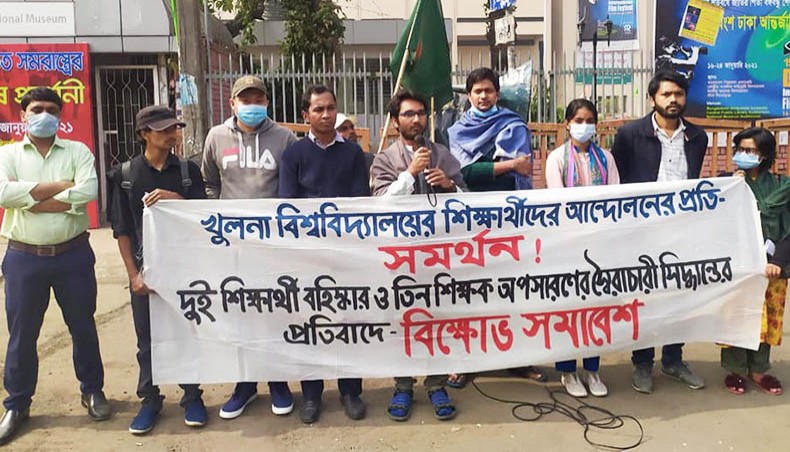 Different student organisations held a rally on Friday in front of the Bangladesh National Museum, Dhaka expressing solidarity with the two protesting students of Khulna University.

From January 19, the two expelled students are continuing hunger strike to protest at their expulsion and demand reinstatement.