Iran calls on Biden to lift US sanctions unconditionally 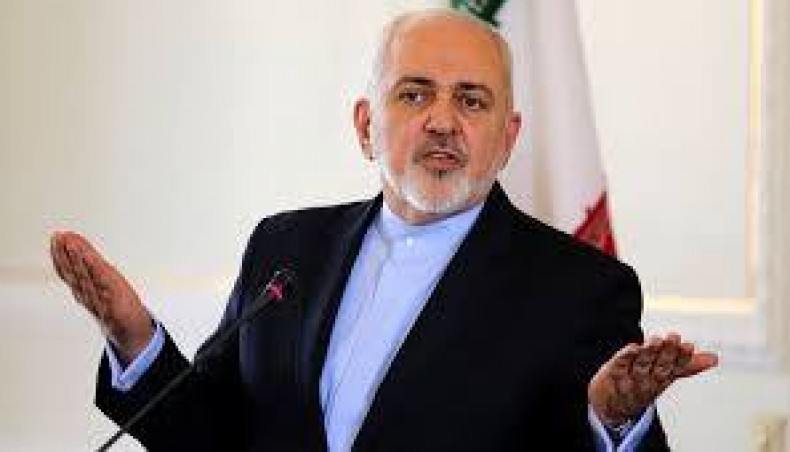 Iran on Friday called on the new US administration to ‘unconditionally’ lift sanctions imposed by Donald Trump on the Islamic republic to salvage the 2015 nuclear deal, warning against any concessions.

The agreement has been largely in tatters since former president Donald Trump withdrew from it unilaterally in 2018 and reimposed harsh sanctions as part of a policy of ‘maximum pressure’ on Iran.

Known as the Joint Comprehensive Plan of Action, the deal was agreed between Iran, the United States, China, Russia, Britain, France and Germany.

It offered sanctions relief in exchange for curbs on Tehran’s nuclear ambitions and guarantees it would not seek an atomic bomb. Iran has maintained it has only pursued a civilian nuclear energy programme.

‘The new administration in Washington has a fundamental choice to make,’ Zarif, who is considered one of the architects of the 2015 nuclear deal, wrote in the op-ed.

‘It can embrace the failed policies of the Trump administration,’ or Biden ‘can choose a better path by ending Trump’s failed policy of ‘maximum pressure’ and returning to the deal his predecessor abandoned,’ he added.

‘But if Washington instead insists on extracting concessions, then this opportunity will be lost.’

Since 2019, Iran has suspended its compliance with most of the limits set by the deal in response to Washington’s abandonment of sanctions relief and what Tehran deemed as Europe’s inaction to provide it with the JCPOA’s economic benefits.

The Iranian government has signalled a readiness to engage with Biden, who took office on January 20 and who has expressed willingness to return to diplomacy with Tehran.

Biden’s pick for secretary of state, Anthony Blinken, said at a Senate confirmation hearing Tuesday that Trump’s policies had made Iran ‘more dangerous’.

Blinken confirmed Biden’s desire for Washington to return to the nuclear agreement, but said that was conditional on Tehran’s return to strict compliance with its commitments.

But Tehran has insisted that Washington must first lift all sanctions and return to its own JCPOA obligations.

‘The incoming Biden administration can still salvage the nuclear agreement, but only if it can muster the genuine political will in Washington to demonstrate that the United States is ready to be a real partner in collective efforts,’ Zarif wrote.

‘The administration should begin by unconditionally removing, with full effect, all sanctions imposed, reimposed, or relabeled since Trump took office,’ he added.

‘In turn, Iran would reverse all the remedial measures it has taken in the wake of Trump’s withdrawal from the nuclear deal.’

Iran has maintained it would return to full compliance with the deal if sanctions were lifted and it could benefit from the economic relief it expected under the JCPOA.

Biden, along with Paris and Berlin, have expressed a desire to negotiate more broadly with Iran, notably on its missile programme and regional influence.

In his op-ed, Zarif indicated Iran was not open to further negotiations, made clear in the title of the op-ed: ‘Iran wants the nuclear deal it made. Don’t ask Tehran to meet new demands.’

‘Iranians are running out of patience,’ Zarif wrote, as evidenced by legislation the country’s parliament passed in December requiring Tehran ‘to boost uranium enrichment and limit UN (International Atomic Energy Agency) inspections if sanctions are not removed by February’.

In a sign that tensions between Iran and the US remain high, a Twitter account linked to supreme leader Ayatollah Ali Khamenei posted on Thursday a tweet vowing vengeance for the death of storied foreign operations chief General Qasem Soleimani and his Iraqi lieutenant, Abu Mahdi al-Muhandis, who were killed in a 2020 drone strike in Iraq ordered by Trump.

‘Revenge is inevitable. Soleimani’s killer and the man who gave the orders must face vengeance,’ it said, accompanied by a photomontage of Trump playing golf under the shadow of a warplane.

‘Revenge can take place at any moment.’