Pfizer to provide 40m Covax to poor countries without profit 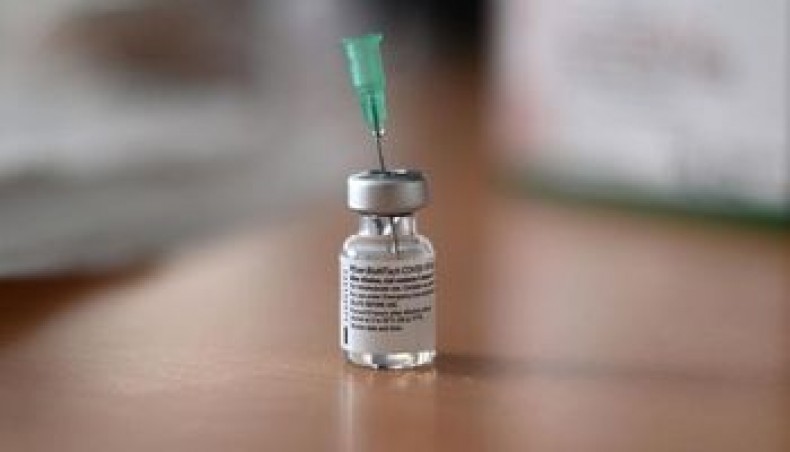 An injection needle sits in a vial with the Pfizer-BioNTech COVID-19 vaccine at the nursing home for seniors ‘Schmallenbach Haus’ in Froendenberg, western Germany, on January 22, 2021. — AFP photo

Pfizer announced on Friday that it will provide up to 40 million of its COVID-19 vaccine doses to poorer countries on a non-profit basis, through the globally-pooled Covax facility.

While dozens of the world’s richer countries have begun their vaccination campaigns in a bid to curb the pandemic, coronavirus jabs have been few and far between in the world’s poorer nations.

Covax — the globally-pooled coronavirus vaccine procurement and equitable distribution effort, aimed at ensuring that lower-income countries get hold of doses too — was hoping to ship its first deliveries in February.

Covax is co-led by the World Health Organisation and Gavi, the Vaccine Alliance. The Pfizer-BioNTech vaccine is the only one so far to have received emergency use approval from the WHO.

Developing countries should have ‘the same access to vaccines as the rest of the world’, Pfizer chairman Albert Bourla told a virtual press conference.

‘We will provide the vaccine to Covax for these countries at a not-for-profit basis. We are proud to have this opportunity to provide doses that will support Covax’s efforts towards vaccinating health care workers at high risk of exposure in developing countries, and other vulnerable populations,’ he added.

Set up last year, Covax initially aimed to secure enough COVID-19 vaccines this year for the most vulnerable 20 per cent in participating countries.

In Covax, funding is covered through donations for the 92 lower- and lower-middle income economies involved, while for richer countries, buying in operates as a back-up insurance policy.

Gavi chief executive Seth Berkley said that nearly 150 million doses of the AstraZeneca-Oxford vaccine were ready to ship through Covax – pending emergency use approval from the WHO, which is on course to happen in mid-February.

He said that Covax should be able to deliver those doses in the first quarter of 2021.

Covax still needs to finalise a supply agreement for the Pfizer-BioNTech vaccine.

Berkley said that Covax could procure 2.3 billion vaccine doses this year, which, he said, would equate to close to 1.8 billion doses for the poorest 92 countries – enough to vaccinate about 27 per cent of the population, an upgrade on the initial target.

WHO director-general Tedros Adhanom Ghebreyesus said that vaccines were offering the hope of ending the pandemic and repairing the global economy.

However, ‘to do that, we need every member state, every partner, and every vaccine producer on board’.

Speaking more broadly than Covax, Pfizer’s Bourla said that he felt confident that Pfizer-BioNTech could produce two billion COVID-19 vaccine doses by the end of 2021.

‘Science will win, and will win for everyone,’ he said.

Asked about how many vaccine doses all manufacturers might be able to produce this year, Gavi’s Berkley said: ‘I think we’re talking about numbers in the range of six to seven billion doses’.

Doctors Without Borders said that the 40 million doses offered to Covax by Pfizer were a drop in the ocean and a lamentable ‘pittance’ compared to the direct deals it has struck with high-income countries.

‘We call on pharmaceutical corporations like Pfizer and its peers to supply the Covax facility with the volumes it needs at an at-cost price,’ the medical charity’s Dana Gill said in a statement.

‘If the world is going to emerge from this pandemic, we absolutely must distribute these vaccines equitably, not based upon who can pay the most,’ she added.