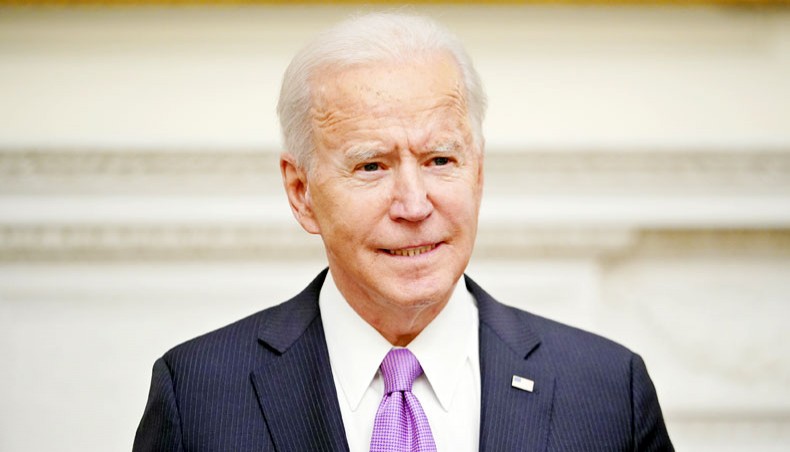 US president Joe Biden on Thursday proposed a five-year extension with Russia of New START, days before the expiration of the last nuclear reduction treaty between the two powers, but vowed to press Moscow hard on a host of concerns.

The announcement on the first full day of Biden’s presidency is intended to prevent a nuclear arms race but makes clear he will not attempt a ‘reset’ of relations as attempted in varying forms by every post-Cold War president.

The treaty, which has limited the United States and Russia to 1,550 nuclear warheads each, expires on February 5 after negotiations stagnated under former president Donald Trump.

Russian president Vladimir Putin himself had offered Trump a five-year extension, the maximum allowed under the treaty that was signed in 2010 in Prague by former president Barack Obama.

‘This extension makes even more sense when the relationship with Russia is adversarial as it is at this time,’ she said.

She said that the new intelligence chief, Avril Haines, would also start an investigation into Russia’s suspected poisoning of Kremlin critic Alexei Navalny, who was arrested Sunday on his return to Moscow, as well as on Russia’s alleged election interference and on whether it was behind the massive SolarWinds hack that shook the US government and corporations.

Psaki said the United States would also investigate bounties reportedly paid by Russian intelligence to extremists in Afghanistan as rewards for killing US troops.

‘Even as we work with Russia to advance US interests, so, too, we work to hold Russia to account for its reckless and adversarial actions,’ Psaki said.

Biden’s approach is almost the mirror opposite from that of Trump, who voiced fondness for Putin even as his administration ripped up remaining arms control deals with Russia.

US intelligence concluded that Russia meddled in the 2016 election to back Trump, including through social media manipulation. Psaki said the new probe would assess any role in last year’s election.

The Trump administration had unsuccessfully tried to widen New START to include its nemesis China, whose nuclear program is quickly growing but is still far smaller than those of Russia and the United States.

With the clock ticking to the expiration, the Trump administration voiced willingness for a one-year extension but talks broke down over US insistence on tougher verification that Russia has frozen its nuclear work.

‘Took just 24 hours for Biden team to squander most significant leverage we have over Russia,’ Billingslea wrote on Twitter.

‘A far better approach would be a short, six-month extension conditioned on finalizing the warhead cap to which Putin agreed.

‘That would stop the massive Russian build-up of ‘non-strategic’ warheads and also keep the world focused on China. Instead we are getting nothing for extending.’

Several experts as well as anti-nuclear campaigners disputed Billingslea’s analysis, saying there were no signs that Russia was going to budge or that China would join.

‘The only opponents are those who seek an unlimited arms race. Glad to see the Biden administration dispensing with reckless games of chicken with global security on Day One,’ tweeted Vipin Narang, a nuclear strategy expert at the Massachusetts Institute of Technology.

He said the Biden administration can still find other ways to pressure Russia over its concerns on so-called tactical nuclear weapons — which Moscow could deploy in hot conflicts close to home, as opposed to strategic weapons that mostly target the United States.

‘This buys the sundae without precluding future sprinkles,’ Narang said.

Derek Johnson, the head of Global Zero, which campaigns for nuclear disarmament, called Biden’s proposal a key step in an eventual goal of a world without nuclear weapons.

‘Unless you’re a defence contractor, this is good news for everyone,’ he said.