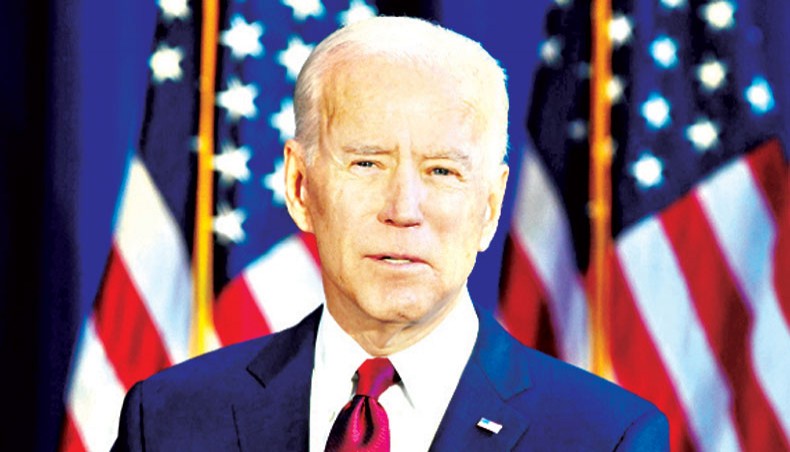 President Joe Biden is ordering an expansion of government benefits for hungry Americans, after the coronavirus pandemic ignited the worst hunger crisis the United States has seen in modern times.

The decree, one of two executive orders the White House said he will sign Friday, is modest and far short of the actions the president has called for from Congress.

Nonetheless, it represents one of Biden’s first actions since taking office on Wednesday aimed at reviving the world’s largest economy, after COVID-19 caused mass layoffs beginning last year that have left many people scrambling to pay the bills.

‘The American people can’t afford to wait. And so many are hanging by a thread, they need help, and we are committed to doing everything we can to provide that help as quickly as possible,’ said Brian Deese, director of the White House’s National Economic Council Director.

Biden’s main initiative to turn the economy around is a $1.9 trillion ‘rescue’ package that he outlined last week, followed by a promised proposal aimed at fuelling job creation and spurring hiring.

‘Much, much more is needed. And so that’s why, as we take these actions, we will continue to engage with Congress and with the American people around the need to move on the American rescue plan,’ Deese told reporters.

The orders also instruct government agencies to help people more quickly access federal stimulus payments, allow workers to leave jobs that could jeopardise their health, and expand protections for federal workers, while laying the groundwork for a minimum wage increase for federal contractors.

Even after two massive government aid packages, the US economy is reeling from the damage caused by the pandemic, which has seen the death toll soar to 4,00,000.

The Labour Department reported more than 1.3 million new applications for unemployment were filed last week, and as of the first week of January nearly 16 million people were still receiving some form of government jobless benefits.

Amid the widespread joblessness many families are struggling to pay for groceries: the Commerce Department reported in mid-December that 13.7 per cent of adults lived in households where they sometimes or often did not have enough to eat.

And millions of children rely on meals from schools, which have been forced to close or modify their schedules during the pandemic.

The government last year offered families food aid equivalent to what their children would be getting at school.

Biden’s order expands that by15 per cent, which the White House said would give a family with three children more than $100 extra every two months.

The president order also instructs the Agriculture Department to issue guidance that would allow states to expand food aid to an additional 12 million people, and reevaluate its basis for determining benefits, according to the White House.

Congress last month gave every American stimulus checks totalling up to $600, and Biden’s order calls for the Treasury Department to find ways to get that money to people more quickly, and help those who never received the first round of payments last Spring.

It also asks the Labour Department to allow people who turn down jobs that could harm them, including potentially exposing them to COVID-19, to be allowed to claim unemployment benefits.

Biden’s second order restores collective bargaining rights to federal government employees, and instructs agencies to do the preliminary work to allow him to issue a new order in coming weeks requiring federal contractors to pay their workers a minimum of $15 an hour and provide them with paid emergency leave.

‘These steps are designed to help ensure the federal government is a model employer,’ Deese said.

Biden has proposed raising the national minimum wage to $15, but that would require approval by Congress, where Democrats have a slim majority.