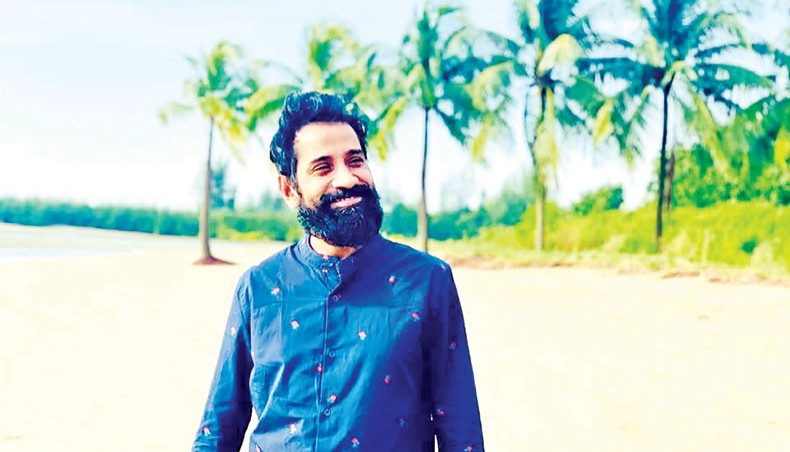 Popular filmmaker Animesh Aich said he enjoys writing as much as directing and spent his days during the general holiday penning a novel and a film script.

‘Writing is my passion and directing is my profession. I enjoy doing both. I penned my third novel Jamini during the general holiday. It will be published in the upcoming Amar Ekushey Book Fair. I would like to continue writing alongside directing in future,’ said Animesh Aich, whose first novel titled Shaharer Baare Ekdal Matal was published in the Amar Ekushey Book Fair in 2018.

‘I also penned a film script during the general holiday. I do not want to disclose much detail about it right now,’ added Animesh Aich, who made his debut as a director with the teleplay named Kufa in 2002. In 2004, he directed another teleplay Chor Ese Bhul Korechhilo.

His is looking forward to starting the shooting for his upcoming project – a drama series named Ekhane Kew Thake Na – which will be aired on BTV.

‘Nowadays, I am not giving art direction. Many talented youths are working in this field,’ mentioned Animesh.

He is hoping that the COVID-19 crisis will be over soon.

‘Coronavirus has delivered a huge blow to the film industry. I hope the COVID-19 crisis will end and we will witness the release of quality films, which will give the film industry a new lease of life,’ he concluded.