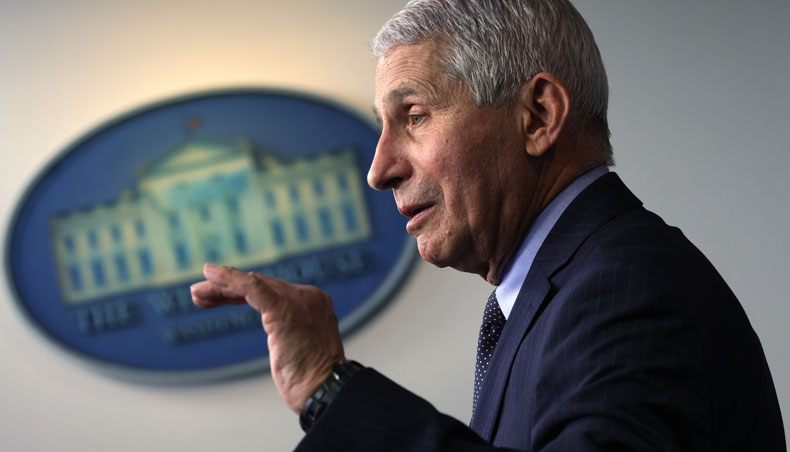 In his first White House briefing as president Joe Biden’s top advisor on COVID-19, Anthony Fauci said that it was ‘liberating’ that he could focus on science without fear of repercussion now that Donald Trump had left office.

The top infectious disease scientist was briefing reporters on Thursday on the state of the US outbreak that has claimed more than 408,000 lives.

Asked to compare his experience under the previous administration to the new one, the 80-year-old responded a little coyly at first, saying he wasn’t sure he could ‘extrapolate’ based on first impressions.

Toward the end of Thursday’s briefing, Fauci was asked by another reporter to expand on his ‘jokes’ about the differences in the management styles between the two leaders.

‘I was very serious about it, I wasn’t joking,’ he said, laughing.

‘Obviously I don’t want to be going back over history, but it was very clear that there were things that were said, be it regarding things like hydroxychloroquine and other things like that – that really was uncomfortable because they were not based on scientific fact,’ he added.

He added he took no pleasure in having to contradict the president and that ‘it was really something that you didn’t feel that you could actually say something, and there wouldn’t be any repercussions about it.’

‘The idea that you can get up here and talk about what you know. What the evidence, what the science is, and know that’s it — let the science speak — it is somewhat of a liberating feeling,’ Fauci said.

Fauci’s honest takes on America’s failures to get to grips with its epidemic brought him into conflict with Trump, who repeatedly declared premature victory over the virus, equivocated on mask use and lockdowns, and pushed unfounded miracle cures.

Trump eventually banished the respected scientist from the White House and took to attacking him on Twitter.