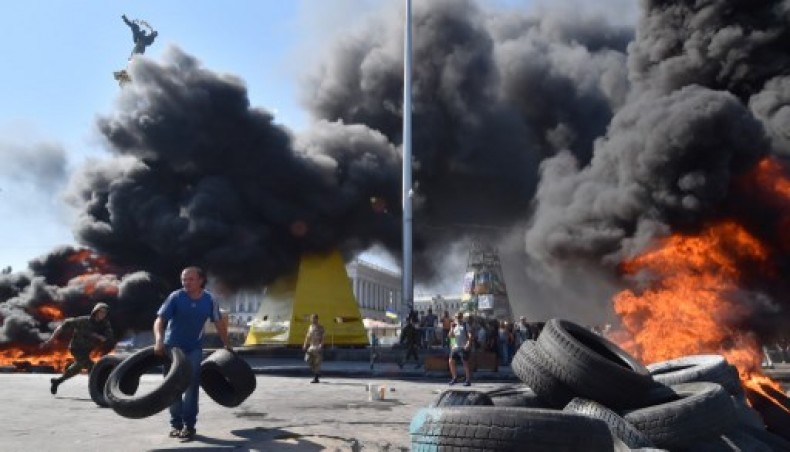 In this file photo taken on August 07, 2014 shows a man holding tires as Maidan self-defence activists clash with fighters of Kiev-1 volunteer battalion on Independence Square in Kiev. - AFP photo

At least 15 people were killed Thursday after a blaze tore through a residential home for the elderly in the eastern Ukrainian city of Kharkiv, the emergency services said.

‘According to preliminary information, 33 people were in the building at the time of the fire and 15 of them died,’ a statement said, noting that nine people were evacuated and were receiving treatment in hospital.