Ronaldo scores 760th goal, but is it a world record? 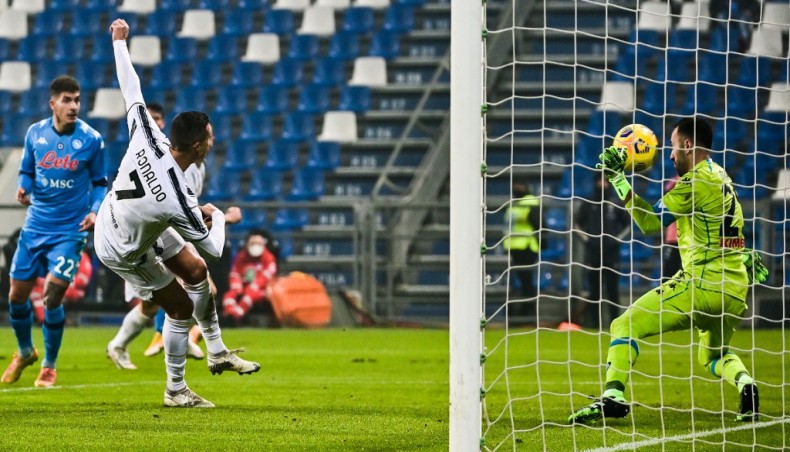 Cristiano Ronaldo scored his 760th career goal in Juventus' 2-0 Italian Super Cup win over Napoli on Wednesday, prompting claims he is the top scorer of all time. However, doubts persist as to who actually holds the record.

With five goals for Sporting Lisbon, 118 for Manchester United, 450 for Real Madrid, 85 for Juventus and 102 for Portugal, there is little debate over Ronaldo's own tally.

The Portuguese forward, who turns 36 next month, is the undisputed holder of several records, easily the leading scorer for Real Madrid and his country, and above Lionel Messi in the Champions League goalscoring charts.

But uncertainty arises from the totals of his rivals from previous eras, with the likes of Brazilian duo Pele and Romario both claiming to have netted more than 1,000 goals.

Last month Barcelona's Messi surpassed Pele's recognised total of 643 goals for a single club, but Santos swiftly countered saying the three-time World Cup winner racked up 1,091 goals for them including those in friendlies.

However, if just official matches are the measuring stick, the Brazilian is apparently still behind Josef Bican, who football historians calculated scored 805 goals between 1931 and 1955 playing for half a dozen clubs as well as Austria and Czechoslovakia.

'Pepi', as he was known, is credited with scoring 805 goals in 530 games, giving him a career average of 1.52 goals per game,’ FIFA.com said in an article devoted to him last year.

Included in that number though are 27 goals for Rapid Vienna's reserve and amateur sides, in addition to some that were scored not in official international matches.

Pele is credited with between 757 and 767 goals in competitive matches over his career, which included 92 Brazil internationals and two seasons with the New York Cosmos.

Romario celebrated reaching a ‘personal count’ of 1,000 goals in 2007, a total comprising strikes at youth level and in friendlies and testimonials.

As for Messi, who at 33 is two years Ronaldo's junior, he is on 719 goals for Barcelona and Argentina and will undoubtedly factor into the equation before he is done.

What is certain is that even if Ronaldo did not break the all-time record, the mark appears well within reach for a player who continues to score at a remarkable rate as he approaches his 36th birthday.