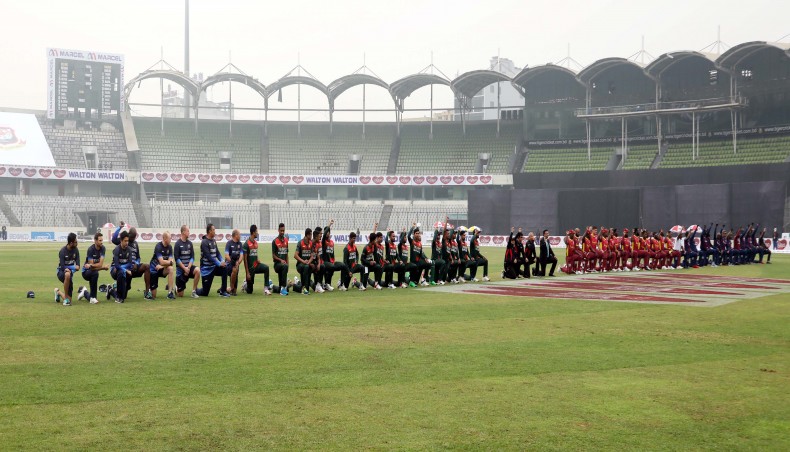 Bangladesh and West Indies cricketers on Wednesday showed solidarity with Balck Lives Matter movement before the start of their first one-day international of a three-match series in Dhaka.

Players and officials of both teams knelt down and raised one hand to show their solidarity with the anti-racism movement.

Right after this incident, the movement spread throughout the world. The movement was also addressed as George Floyd protests.

The movement was initiated first time in 2013 when three women started the movement after the acquittal Gorge Zimmerman, who shot dead unarmed black teenager Trayvon Martin.

During West Indies’ England tour in June-July last year, they kneeled down to show solidarity with the movement. Hosts England also joined the cause.