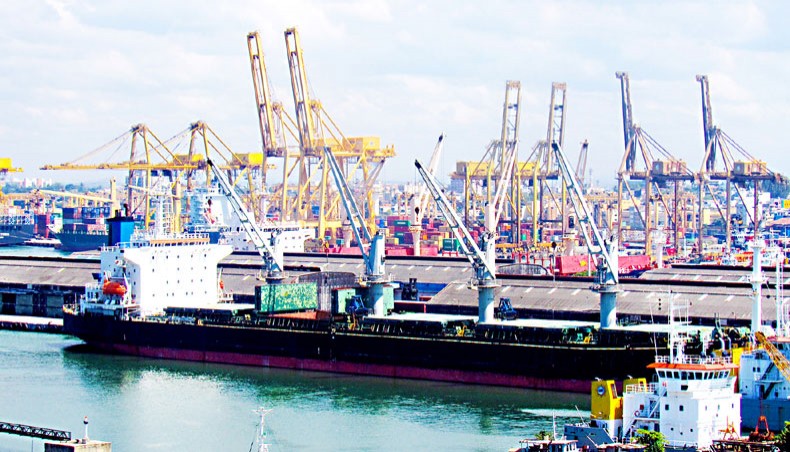 PRESIDENT Gotabaya Rajapaksa has announced that the government will be entering into an agreement with the Adani Group based in India to offer them 49 per cent of the shares in a joint venture company. This joint venture will include Japanese government financing and will manage one of the terminals in the Colombo port. The entry of Adani Group into the Colombo port has been opposed by a wide coalition of organisations ranging from port workers and left political parties to nationalists and civil society groups. These groups have little in common with each other but on this particular issue they have made common cause and even held joint protests together. The main thrust of their objections is that control over the east terminal of the Colombo port will pass into foreign hands and result in an erosion of Sri Lankan sovereignty.

The cause for alarm among the protesting groups may be fuelled by the observation that one by one, the ports of Sri Lanka are being utilised by foreign powers. In particular, China has entered into Sri Lanka in a big way obtaining a 99 year lease in the Hambantota port that it constructed. The Hambantota port in its early period showed it was economically unviable in the absence of Chinese cooperation. The burden of debt repayment induced the previous government to enter into this agreement which may become unfavourable in terms of national sovereignty. There were protests at the time of the signing of that lease agreement too, though not as effective as the present protests regarding the change of management in the Colombo port which is led by the very forces that helped to bring the present government into power.

In addition to the Hambantota port, control over the south terminal in the Colombo port and a section of the harbour has been given to China through one of its companies on a 35 year lease. In both cases, large Chinese investments have helped to upgrade Sri Lanka’s capacity to attract international shipping lines to make use of the port facilities. The Hambantota port in particular could benefit enormously from Chinese ships that traverse the Indian Ocean, the Middle East and Africa. Instead of making refuelling stops elsewhere along the way, such as Singapore, they could now come to Hambantota. However, with these investments would also come a Chinese presence that could cause concerns among international actors that have geopolitics in mind. It may be that these concerns are finding expression in the opposition to the Indian entry into the Colombo port.

IT WILL not only be Sri Lankans who are concerned about the Chinese presence in the country’s ports. As Sri Lanka’s nearest neighbour, India too would have concerns, which are mirrored by other international powers such as Japan. It might be remembered that when Japan’s prime minister visited Sri Lanka in 2014, there was a diplomatic furore that a Chinese submarine entered the Colombo port unannounced even to the Sri Lankan government and docked there. With its excellent relations with China that go back to the 1950s when the two countries signed a barter agreement exchanging rice for rubber, most Sri Lankans would tend to see such Chinese actions in a benign light. In recent years China has emerged as Sri Lanka’s largest donor and its assistance is much appreciated. However, India’s relations with China are more complex.

The two countries have massive trade links, but they have also gone to war with each other due to territorial disputes. Even at the present time Indian and Chinese troops are in a stand-off on their disputed Himalayan border. In this context, India would be concerned that the Chinese presence in Sri Lankan ports could eventually take the form of an overall strategy to encircle it and use this leverage to India’s disadvantage. Sri Lanka’s location at the bottom of the Asian continent gives it a strategic importance in the Indian Ocean that goes beyond any possible India-China rivalry. The recent visit of US secretary of state to Sri Lanka included an acerbic exchange of words between the US and Chinese representatives on that occasion and an open call to Sri Lanka to take sides, or not to take sides. As a small actor in itself, Sri Lanka would have no interest in getting involved in international geopolitics and has a longstanding policy of non-alignment and friendship with all.

More than anyone else, president Gotabaya Rajapaksa would be aware of these geopolitical issues. As defence secretary during the years of war with the Liberation Tigers of Tamil Eelam he was a key member of the government team that obtained wide ranging international support for prosecuting the war. Today the president’s key advisers include those with military backgrounds who have special expertise in geopolitical analysis and who have spent time in leading military academies in different parts of the world, including the United States, China and India. This contrasts with the more parochial thinking of political, nationalist and even civil society groups who have come out in opposition to the agreement that the government has entered into with the Indian company to manage the eastern terminal of the Colombo port.

PRESIDENT Rajapaksa was elected to the presidency in the context of the security debacle of the Easter suicide bomb attacks and with the expectation that he would provide clear cut leadership in protecting the country’s national security without permitting partisan interests from becoming obstacles. In his meeting with the representatives of the trade unions opposing the handing of management of the eastern terminal to foreign hands, the president is reported to have said that geopolitics had also to be taken into account. As many as 23 trade unions representing the Ports Authority, the National Organisations collective and a number of civil organisations have joined the formation of a new national movement named the ‘Movement to protect the East Container Terminal’.

One of those political representatives at the meeting, leader of the Frontline Socialist Party, Pubudu Jayagoda is reported to have said, ‘When trade unions met president Gotabaya Rajapaksa on Wednesday (January13), he told them about the broad geopolitical factors in play. This is reminiscent when the unions met former prime minister Ranil Wickremesinghe a few years back. The unions told Wickremesinghe what they told Rajapaksa — the ECT could be operated by Sri Lanka in a profitable manner. Wickremesinghe told the union representatives, “You are talking about the port, I am talking about geopolitics”.’ However, former prime minister Wickremesinghe may not have had the necessary political power to ensure that his vision prevailed and failed to ensure the implementation of the agreement.

By explaining his decision in a straightforward manner, and carrying it out, president Rajapaksa has shown leadership in its constructive sense. By ensuring that India is given a presence in Sri Lanka’s most important port it will reassure our closest neighbour, as well as Japan which has been Sri Lanka’s most consistent international donor, that our national security interests and theirs are not in opposition to each other. Second, it takes cognisance of the reality that about two-thirds of the Colombo port’s shipping is due to transshipment with India, and thereby ensures that this profitable business continues. Third, it will give Sri Lanka more leverage to negotiate with India regarding key concerns, which includes Indian support to Sri Lanka at international forums and in providing guarantees for the unity of the country in the face of possible future threats. Vindicating the need to ensure devolution of power to satisfy ethnic minority aspirations and permitting the burial of those who die of COVID-19 remain to be done.