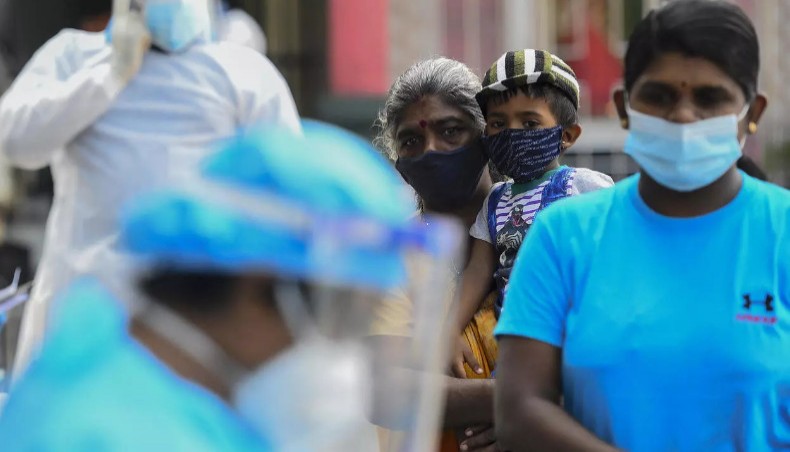 Residents wait in a line to get tested for coronavirus infections in Colombo in January. There has been a resurgence of infections in the country. —  AFP Photo

A self-styled Sri Lankan holy man’s supposed miracle potion to prevent COVID-19 turned sour Tuesday after a minister who publicly drank it was hospitalised with the virus.

Thousands defied public gathering restrictions to swamp a village in central Sri Lanka in December 2020 to get the syrup made by Dhammika Bandara.

Women and child development minister Piyal Nishantha de Silva was among several politicians who consumed the concoction, but parliamentary officials said he had since tested positive for coronavirus and taken to a treatment centre.

Family members of another politician, who hailed from Bandara’s village, had also been infected despite taking the syrup.

Pro-government media gave widespread publicity to Bandara who claimed the formula was revealed to him by Kali, a Hindu goddess of death and destruction of evil.

The only ingredients he acknowledged were honey and nutmeg.

The government has scrambled to distance itself from Bandara, whose preparation was approved as a food supplement by the official indigenous medicine unit.

‘Although some parliamentarians took it, the government does not endorse it,’ said Keheliya Rambukwella, minister of mass media.