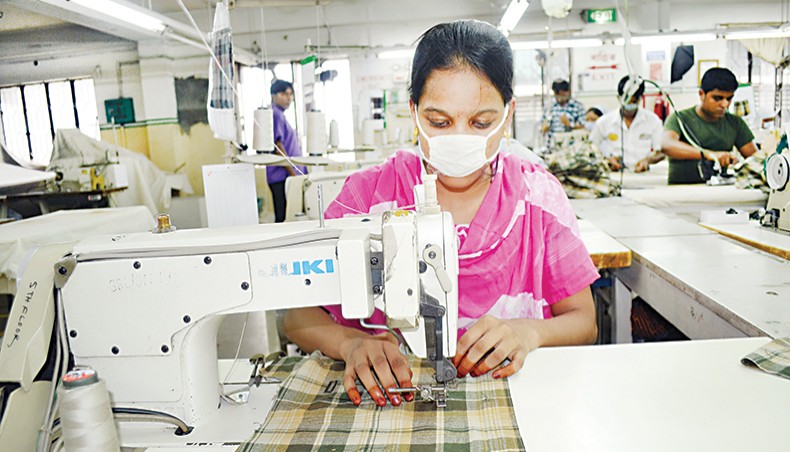 A file photo shows workers sewing clothes at a garment factory on the outskirts of Dhaka. Apparel and textiles manufacturers of six Asian countries, including Bangladesh, have taken an initiative to push for global buyers’ purchasing practices to be better. — New Age photo

Apparel and textiles manufacturers of six Asian countries, including Bangladesh, have taken an initiative to push for global buyers’ purchasing practices to be better.

Representatives of the first inter-Asian platform, STAR Network, of producer associations of the textiles and garment industry made the move on January 12.

The STAR Network said that its initiative came as imbalance in power between the buyers and the manufacturers had increased amid the COVID-19 pandemic.

‘We want to come together as associations and manufacturers in Asia, to agree on common positions regarding payment and delivery terms so that we have a stronger voice in individual and in collective discussions with brands and buyers on improving purchasing practices,’ the platform’s spokesperson, Miran Ali, said in a press release issued on Monday.

The textiles and garment industry is characterised by power imbalance between the brands and buyers on the one end and the textile and garment producers on the other, the STAR Network said.

It said that this imbalance had increased and made more visible during the COVID-19 pandemic, in which order cancellations, especially from European and US brands and buyers, left many Asian producers with their backs against the wall.

The situation had been difficult before, Miran said, but COVID-19 changed everything.

The platform hoped that the common position would be powerful as the countries represent over 60 per cent of all global apparel exports by manufacturers.

According to the announcement, until March 2021, the platform would work in five working groups — defining the ‘red lines’, requests and recommendations on topics such as payment and delivery practices, planning and information exchange and third-party negotiations.

Based on the output of the working groups, the second phase of the initiative would drive the roll-out in the industry, the release said.

It said that many industry organisations and networks had already pledged support to the initiative and they would be involved as experts, supporting the working groups or as part of an industry advisory board.

‘However, before brands, buyers and other stakeholders are joining the discussion table, manufacturers and associations will use the “safe space” of their new initiative to develop joint requirements and recommendations, to then communicate them with one voice,’ the platform said.

The STAR Network serves as a platform for dialogue and trust-building to exchange on good practices to make textiles and garment production more sustainable and amidst the early phase of the COVID-19 pandemic, the platform had issued a joint statement, calling for responsible purchasing practices amid the COVID-19 crisis, which they published on their joint web site in April 2020.

The platform was established with the support of the German Development Cooperation Deutsche Gesellschaft für Internationale Zusammenarbeit (GIZ) GmbH.